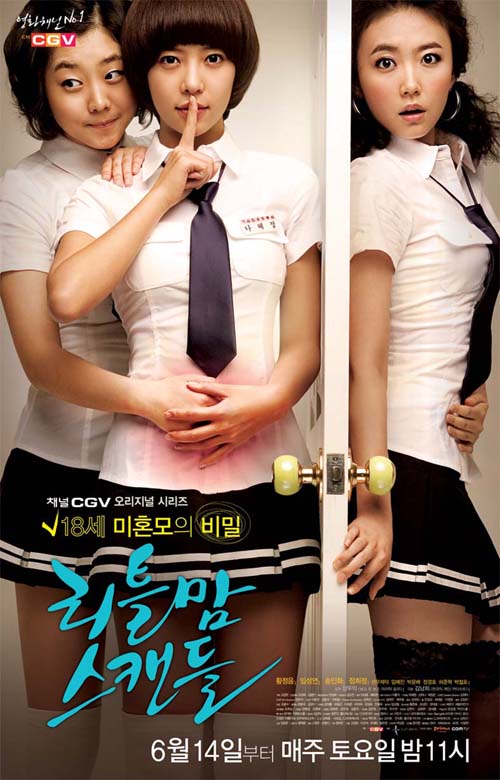 As you’ll recall from last month’s article, about the Ministry of Health and Welfare (보건복지부; MOHW) once defining single mothers as having “low levels of education [and] impulsive sexual drives”, I promised to find out how recently that had been posted on the Ministry’s website, speculating that it was sometime within, say, the last decade or so.

You can imagine my surprise then, when Seunghee Han of the Korean Unwed Mothers Support Network (한국미혼모지원네트워크; KUMSN) informed me that wasn’t removed until as recently as May 2010. This was in response to Executive Director Heejung Kwon posting the definition on the Missmammamia (미스맘마미아) website, which prompted many mothers to write directly to the Ministry to complain.

Unfortunately however, the definition that has replaced it is also a little problematic, implying that most Korean single mothers are in their teens. Whereas that is certainly true of most Western countries though, and – if the 2008 Drama Little Mom Scandal (리틀맘 스캔들) above is any guide – may also be the Korean public’s perception, the reality is that most are in their late-twenties or early-thirties, as the following post on the KUMSN website makes clear:

(For a good introductory article to the plight of single mothers in Korea, see the New York Times here)

The “Health Guide” is a website jointly run by the MOHW and the Management Center for Health Promotion for the public health of all citizens. However, the definition of single mothers on it is strange.

According to the definition, single mothers are women who are pregnant or who have given birth who have not gone through the legal and proper marriage procedures. Put this way, it sounds like all unmarried pregnant women or mothers have committed some sort of crime!

Also, it basically says that most single mothers are in their teens, whereas according to the results of a survey of single mothers in one local area [James – unnamed] in 2010, most were in their late-twenties or early-thirties.

And here is the section of the guide/website referred to:

Single Mother: A pregnant woman or mother who has not gone through the correct and proper marriage procedures.

Because of industrialization and urbanization, people’s sense of values about and attitudes towards sex are changing, and more people [James – I think it means unmarried people] are having sexual relationships. Accordingly, the number of single mothers is rising, and roughly 25% of those are in their teens.

(James – Before you quite rightly point out that 25% isn’t “most” single mothers, the guide contradicts itself just two lines further down)

While it is difficult to get accurate statistics about single mothers, based on the results of a national birthrate survey [James – unnamed] it is estimated that 3.4% of single women aged between 18 and under 34 have had the experience of being pregnant (source, right).

As most single mothers are teenagers, with inadequate access to healthcare and low levels of education and earning ability, then they can not really succeed as parents.

Teenagers that are not fully physically developed, and/or are malnourished, are at high risk of having miscarriages, premature births, underweight children, and/or complications during their pregnancy.

If a single woman becomes pregnant, her two options are having an abortion or delivering the baby. If she chooses the latter, then she has to decide if she will raise it herself or offer it for adoption.

Apologies for not being able to find the title of the book referred to for the last figure, but I’m afraid I’ll have to recover from the shock of seeing a 19 year-old source used before I start looking. Moreover, combine that with the sloppily-written, contradictory, and incorrect information provided earlier, then frankly – and ironically – it’s only as I type this that I realize how bad things must be for single mothers here.

Sure, call me melodramatic, and/or reading too much into what is most likely simply a hastily-written piece of work, but recall that it comes from an organization presumably charged with supporting single mothers, promoting their rights, and trying to overcome stereotypes. Yet if that’s the best that it can do, then I shudder to think of how other organizations and segments of society treat them, with the sterling exception of the KUMSN.

But to end on a lighter note: has anybody seen Little Mom Scandal, and/or know how sympathetic it was to single mothers? Please let me know!

(Thanks to Seunghee Han of the KUMSN for the information. And also to Marilyn for putting me in touch with her, and again for translating October’s much longer article!)