Thanks to the students at Dongseo and Pusan National University for being such great audiences last week, and here is the presentation as promised. Sorry that the animations don’t work in the online version, but there weren’t too many.

For regular readers, unfortunately the slides may make little sense in themselves, but I’m happy to elaborate on any of them if you’re interested. The purpose of the first few, for instance, is not so much to illustrate the numerous subliminal sexual messages found in advertisements (although I certainly could spend an hour talking about those!), but more to make the point that nothing in an advertisement is accidental, and that it’s very naive to think otherwise. In turn, the picture of all the Korean churches is to provide a parallel to Normal Lewis’s point here, which is that if, say, my mother comes to Korea and notices all the neon crosses around, does that somehow make her a fundamentalist Christian? Or simply that there’s a lot of churches here? Likewise with noticing sexual themes in ads, no matter how perverted some people think that is.

Much better than me explaining here though, is for me to give a presentation at your own university or institution instead. Just give me a buzz — I’m pretty cheap!

“X FUNS cover” by Yuko Shimizu (2005; source). For more of her work, see Visual News, her website, or her Facebook page.

— The Dark Side of K-Culture (Randomwire)

— A Brief History of the Double Eyelid (Korea You’re Beautiful)

— COOL’s Yuri Isn’t Dead, but my Faith in Korea’s Media Is (Seoulbeats)

— KOCSC calls for regulations on outfits, choreography, slang, but do nothing to address real issues (Asian Junkie)

— Weighing the Pros and Cons of Pre-screening MV’s (Seoulbeats)

— Woman’s biting off of man’s tongue deemed self-defense (The Hankyoreh; The Marmot’s Hole)

— Which is on the rise? Sex crimes or media sensationalism? (The Korea Times)

— The Basics on Dating Chinese Men, Our Perceptions, And Stereotypes (Speaking of China)

— I’m a Feminist AND It’s Tradition in China? On Not Changing My Maiden Name (Speaking of China)

— Are You Effing Kidding Me? (Geek in Heels)

— Japan’s women: Can they save the country’s economy? (BBC)

— Can Psy start a new Korean Wave? (Asia One)

— The data behind Gangnam Style: The rise and rise of PSY (The Economist)

— Gay-o?!: Glee and Call Me Maybe in the classroom (Alleyways)

— “The true sign of rough economy is not the weakness of the country’s exports industry, or the difficulty fresh college graduates face in landing a decent job, but rather when a 73 year old woman gets arrested on prostitution charges.” (The Japan Daily Press)

— The King and the Clown’s Love Story (Seoulbeats)

— Everything you wanted to know about sex in China, but were afraid to ask (Seeing Red in China)

— A look at prostitution among teen runaways (Gusts of Popular Feeling)

— The Story of Nobel Peace Prize Nominee Geum-Soon Yoon, A Woman Farmer (The Next Women)

— We’re famous for not having talents, though (Frank Kogan)

— Counterpoint: Reasons I’d Want to be a K-Idol (Seoulbeats)

— Steep increase in income inequality since 1990s (The Hankyoreh) 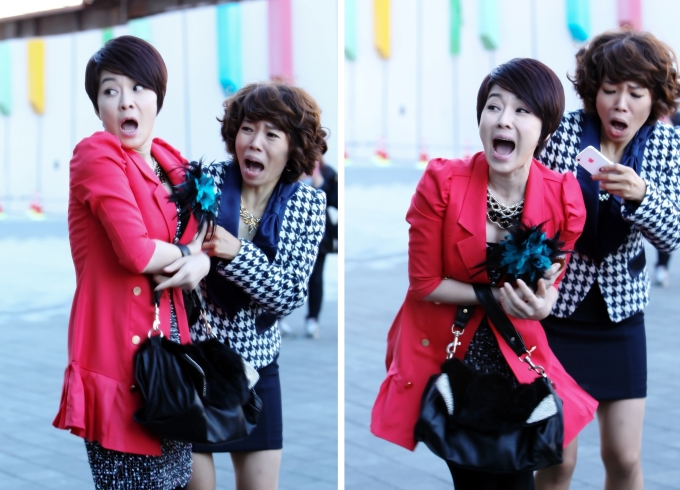 A good introduction to saseng (사생) fans by Collette Bennett at CNN, and I’m not just saying that because I get a mention towards the end(!). But if anyone’s confused by the connections I make to the Korean advertising industry and celebrity endorsements though, please see here for links to many posts and articles I’ve written about the subject.

Also, for related reading, see here for a discussion of the article at a JYJ fansite (they’re mentioned in the article), Asian Junkie for “Korean Executive Says K-Pop Fans Are A Cult + The Fandom Scares An American Journalist,” and XX Factor for “Your Pop-Culture Obsession Is Not a Sickness.”

p.s. Apologies to Colette if it’s my fault (I made the same mistake in my email), but it’s sa (“a” as in “hat”) seng (“e” as in “pet”), not “saesang” (pronounced “say-seng”) as reported in the article. Or is that some Seoul variation that I’m unaware of? 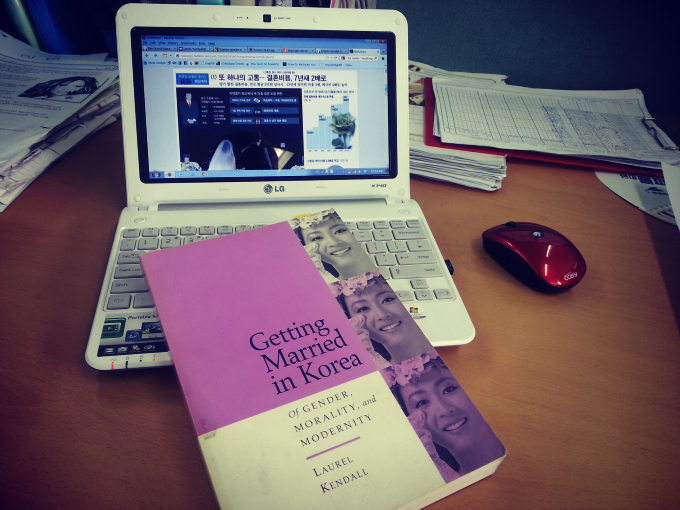 Tonight at 7pm I’ll be on Busan e-FM’s Let’s Talk Busan again, this time talking about bans on alcohol consumption on Korean campuses, and then Korean weddings. You can listen on the radio at 90.5, or online here (please note that you’ll have to download Windows Media Player 10 first), and I’ll add a link to the archived version once it becomes available.

Sorry in advance for my voice (I’m still recovering from a cold), and I should finally be able to catch up with comments and emails tomorrow!

(Source: Stuff No One Told Me, via My Journal)

Sorry for the slow posting everyone: I’ve had a bad cold for 3 days. But I’m nearly better :)

— On Our Radar: DVF and China (Thick Dumpling Skin)

— Music Video Lessons: Ailee’s “I Will Show You” teaches us that it’s okay to be an asshole (Asian Junkie)

— Modesty in Australia vs. China (Speaking of China)

— Bias Tracker: Why does allkpop trash certain events but not others? (Asian Junkie)

— Feeling Sexy as a Mom (Geek in Heels)

— Asian Women “Too Tempting” To Husbands/Boyfriends? Please (Speaking of China)

— Ask the Yangxifu: My Chinese Boyfriend Doesn’t Express His Feeings (Speaking of China)

— Spending the Last Year as a Teenager Outside of School (ILDA)

— Cook, clean, and be pretty (The Korea Times)

— ‘Testosterone is the problem’ [in the finance industry] (The Korea Times)

— Cracks in the Asian glass ceiling (Business Without Borders)

— “I’d rather sell my c*nt than my paintings”: Women artists’ position in China 20 years ago and today (The F-word)

— The All-China Women’s Federation, propping up patriarchy since 1949 (Shanghaiist)

— Gangnam Style out of the most viewed music chart due to YouTube changes (Omona They Didn’t!)

— Should We Be Scared of Gangnam Style? (Seoulbeats)

— Cut your hair or go to jail (The Hankyoreh)

— Interview with Harry: Being gay is nice because I don’t have to deal with aegyo (The Kimchi Queen)

— The Shifting Terrain of Sex in China (Scene Asia)

— The grim reality behind the rise of the entertainment market (Omona They Didn’t!)

— Are Lost Foreigners a Lost Case in Variety? (Seoulbeats)

— Why would anyone sign up with SM Entertainment? (Angry K-pop Fan)

— Perspectives: K-pop in Japan (And a Bit About the World) (Seoulbeats)

— Dear Kpop Music Industry: Why is it so hard to find out the director of a video? (YAM Magazine)

— A Few Things to Realize About Bullying (Gord Sellar)

With so much attention on restrictive censorship in K-pop these days, it’s easy to overlook how much standards in movies have actually been relaxed in recent years. See my latest column in Busan Haps for more information, especially if you’ve never heard of Shortbus before…

But please let me reiterate here though, that the freedom to show more sex and nudity in popular culture is just one aspect of becoming a more sexually liberal society. For sure, it’s a step in the right direction, and can have positive knock-on effects, just like the first kiss in a Korean ad in 2009 lifted the taboo on PDA for a lot of young couples for instance. (Yes, only anecdotal; but prove me wrong). But on the other hand, with the (re)criminalization of abortion by the Lee Myung-bak administration, recent attempts to limit access to the contraceptive pill, and the continued stigmatization of single mothers, you could reasonably argue that Korea is really just as sexually conservative as ever. No matter how much T&A you can see on the silver screen now, and which is often (usually?) just for financial reasons anyway.

In short, it’s complicated. Anyone that’s been here more than a couple of years, what impressions do you get? And how do you think things will change after the elections?