First, please read “Man Tries to Take Advantage of Drunk Girl on Seoul Subway” at koreaBANG. Then, with permission, my friend’s response to it:

Line 2 [in Seoul] really disturbs me, I try to avoid it because I have too many weird experiences. I have also made interventions like the one in this video, to ask someone if they know another passenger or if they need help.

In one of the comments, 니애미종범 basically writes “she should have moved” which seems like a simple thing, but I can speak from my own personal experience. On three different occasions a stranger has sat uncomfortably close to me and I moved, and they FOLLOWED me. Two of those times I moved again and they left me alone. I was lucky that there were other passengers around because I just said to them to (politely) leave me alone. But in one of those cases, the guy CONTINUED to sit next to me and talk about my appearance, ask me questions, even though I kept politely declining conversation and then said directly that I do not like to talk to someone I do not know. At that point, I decided to get off the train with a larger group of people… I pretended to go toward the stairs but when out of view I dashed onto another car and walked through the train 3 more cars… I called my boyfriend and asked him to hurry and meet me at the station and described the guy to him and told him I needed him to meet me… I debated whether to try to call the police and how to describe the situation or ask if there was a security box at the station where I would exit… All this time, I thought I had been out of sight… but then he appeared at my side AGAIN… he had seen me and followed me further. At that point, there were no people standing to get off the train and I was really afraid to get off onto an empty train platform again, so I stood up in the middle of the car and just walked around and made light conversation with random people so that people would notice me… and he finally stopped, but when I exited the train I was looking behind my back.

This is besides the frequent (monthly?) ‘accidental’ butt groping on a crowded bus or subway that does not seem so ‘accidental.’ I have taken to wearing my backpack even though it would be more ‘convenient’ to other passengers if I stored it on the top shelf, because wearing my backpack creates a buffer between me and other people and creates a little bit of space so that it is not so easy to discreetly grope and pretend it is ‘by accident.’ Even so, I still have to often tell someone not to touch me.

There are also a number of posts that criticize the person who intervened. I think it is important to be supportive to other people in our community. I try hard to avoid sending a friend home alone, or drunk, but sometimes you can’t control that. So, I take photos of taxis or other things. If my friend has been drinking, I tell the taxi driver directly where she/he is supposed to go, that someone is waiting, and photograph the name plate in the front seat of their taxi that says their name and taxi ID, etc. as well as the plate #. I ask about how long it will take and how much it will be and verbally confirm to the passenger so taxi driver avoids arguing the bill, etc. I do this because I think it “discourages” the idea that my friend is vulnerable, but it isn’t enough because there are still predatory people, complex situations and laws, and we need to support each other in navigating these scenarios. 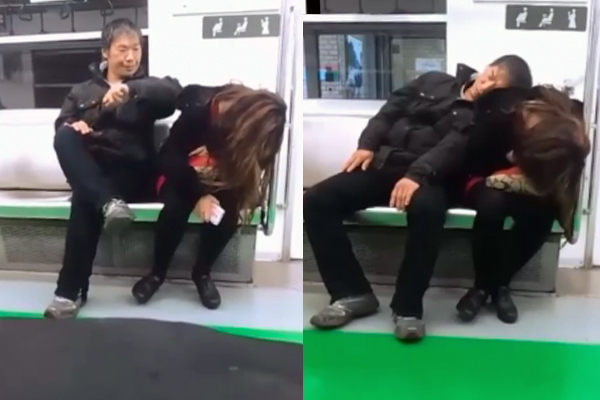 While she’d like to remain anonymous, she adds for the sake of context that she is a (Caucasian) foreigner, with intermediate Korean skills. Also, another issue is the perception that police will not help and that self-defense might be dangerous to legal liability and visa status, which unfortunately happened with two of her friends that were assaulted

As a non-Seoulite, I was aware that Line 1 was dangerous, but had no idea about Line 2 (although to a certain extent, traveling on any line can be an unpleasant experience for non-Koreans and non-Caucasians). But as my friend tells me, apparently it’s a magnet for sexual harassers because “it connects a number of universities with stops like Gangnam, Sillim, Sadang and others that are very crowded.”

What are readers’ own experiences? How do you recommend dealing with harassers on the subway?

16 thoughts on “Victim Blaming: Why “she should have just moved” isn’t a solution to harassment on public transport”