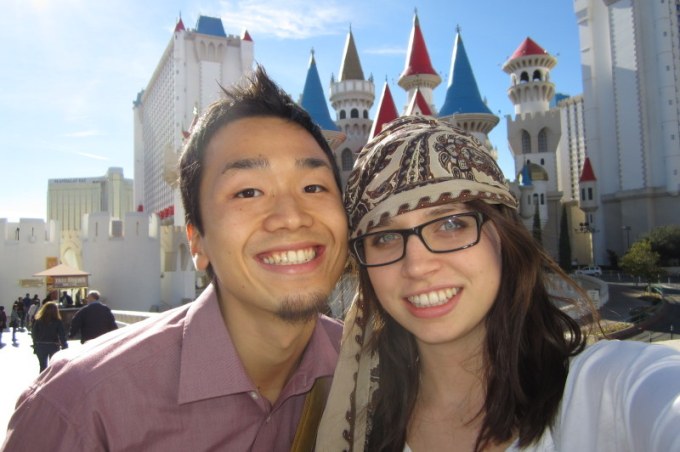 (Source, all images: Texan in Tokyo)

I’ve been asked to pass on the following:

Deciding to move across the world for “love” is easy. People do it all the time. Thriving in that new country (without sabotaging your relationship), on the other hand, is a bit more difficult.

This comic book is the autobiographical misadventures of a native Texan freelancer (Grace) and her Japanese “salaryman” husband (Ryosuke): in comic form. From earthquakes and crowded trains, to hilarious cultural faux pas, it explores the joys of living and working abroad, intercultural marriages, and trying to make a decent pot roast on Thanksgiving.

“My Japanese Husband Thinks I’m Crazy: The Comic Book” is being funded on the popular crowd-funding website, kickstarter.com, from July 28th to August 30th.

Grace Buchele Mineta is a native Texan, founder of the hit blog “Texan in Tokyo,” and author of the autobiographical comic book, “My Japanese Husband Thinks I’m Crazy.” She lives in Tokyo with her husband, Ryosuke, where she blogs and draws comics about their daily life.

Let me be honest: Good Chinese Wife is not something I would normally read.

Susan’s ex-husband was Chinese; my wife is Korean. Susan’s relationship goes from friends to engaged in less than two minutes; we lived together for years, and had lots of wild sex before I proposed. Their marriage rapidly turned sour; we just celebrated our tenth anniversary. They married, had a child, and divorced way back in the 1990s; I’m really only interested in Chinese attitudes towards dating, sex, and marriage in the 2010s. And so on.

I’m still grateful for receiving a reviewer’s copy, organized by Jocelyn Eikenburg of the Speaking of China blog (see here for many more bloggers’ reviews). But first impressions? I expected it to be very outdated, and that it would have little to offer readers with Korean partners.

I was dead wrong, on both counts.

Good Chinese Wife begins in Hong Kong in the mid-1990s, where Susan is doing a graduate degree (she previously spent a year there as an exchange student in 1990). Then in her early-twenties, she soon becomes smitten with Cai, an older mainlander from Wuhan. She starts tutoring him English in her dorm room; unbeknownst to her, other students consider them already dating. This prompts him to open up and explain he’s already been married and has a child, revealing all as a prelude to showing he is now interested in dating Susan. Because in China, Cai explains, “couples traditionally only date if they plan to marry.”

This sounded very antiquated. But as it turns out, dating in China is still not at all like in the West, nor even Korea. In Behind the Red Door: Sex in China (2012), Richard Burger explains that even in the big cities, “serial dating” is frowned upon as immoral or promiscuous. Instead, “most Chinese women still believe it is best to date only man and to marry him. Once the man invites her on a second or third date, he is indicating that he’s serious, that he is hoping for an exclusive

relationship, and that marriage might be on the cards.” Whereas for women, inviting her to meet her parents “means she expects to marry him, and Chinese men understand this arrangement.” What’s more, the average age of marriage for Chinese men was only 24 in 2010; for women, 22 (in Korea, 31.8 and 28.9 respectively).

So, I understood Cai. And, being head-over-heels ever since they’d met, why Susan quickly accepted his proposal, before so much as a kiss—it sounded sweet. Her frankness about her feelings and mistakes is also a definite charm, especially for someone who likewise fell very easily in love at that age.

But that’s only 36 pages into the book. For the remaining 300, sympathy turns to constant frustration and exasperation with Susan’s rushing into marriage, then her frequent acquiescence towards her increasingly controlling and abusive husband. These feelings are only amplified by knowing that she’s doomed to fail.

In an interview, Susan says her problems were more because “He told me from the get-go that he had certain conditions for our marriage. Those are things I ignored or thought I could eventually get him to change. That should have been my red flag, not the [6 months] in which we became engaged and married.” (Likewise many happily-married Koreans, for whom such whirlwind courtships are also common, would surely bristle at the suggestion that they should have taken things slower.)

I disagree. From Cai’s belief that women are especially “dirty” in the summer, once all but physically forcing an exhausted Susan to bathe in a rat-infested bathroom, to his bizarre, surprisingly submissive relationship with eccentric professor friend ‘Japanese Father’ (“He thinks it’s not good [for us] to have sex relations more than once a week”), most of Susan’s later issues with Cai could have been discovered if they’d spent (much) more time together before the wedding day—and/or resolved if an expensive wedding wasn’t already looming over them.

Still, it does make for a good page turner. There is also merit in studying a bad relationship to learn what to avoid, and much about this one that will already be familiar to those with Korean, Japanese, and Taiwanese partners. New and expecting parents in Korea, for example, will sympathize with Susan’s expectations to conform to man yue, the belief that mothers shouldn’t bathe or go outdoors in their first month—it mirrors the Korean one of sanhoojori. Also, for those couples planning to move to a Western country, her discussion of Cai’s difficulties with adjusting to life in San Francisco will be very beneficial. Her avoidance of tiresome Orientalist stereotypes is especially welcome, with her ex-parents-in-law coming across as old-fashioned but lovely, and Chinese men portrayed no better or worse than Western ones.

That said, I am reminded of a book for couples I once flicked through, which encouraged them to discuss their expectations of marriage in great detail before committing. With checklists ranging from beliefs about circumcision and determining which cities were best for both partners’ careers, to dividing the housework and setting dating policies for potential teenage children, that approach would be much too calculating for most couples. Marriage, after all, is ultimately about making a scary but exciting leap of faith with someone. But when partners come from such wildly different backgrounds, and bring such different expectations into marriage? Susan’s experience teaches readers that for international couples in particular, perhaps they really should learn the answers to those questions sooner rather than later. 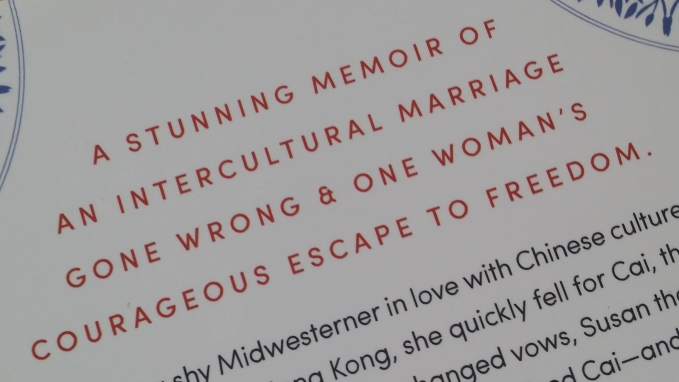 One minor quibble was all the hyperbole. Not to diminish Susan’s genuine fears for herself and her son at times, but did it lead me to expect a story involving forged passports and bribed border guards(!). Also, I disliked the format of numerous short chapters, with so little happening in some that they felt like diary entries. But that is just a personal preference.

The verdict? Good Chinese Wife is well worth the US$14.99 cover price (16,410 won at What the Book), and a definite eye-opener about the value of reading more about relationships in this part of the world, especially with such limited options for reading about Korean ones specifically. Please do leave your suggestions (and reviewer copies!) for more like it, and/or for blogs.

Via Korean friends, comes this hilarious call between a drunk guy and a woman working the phones for a “replacement-driver” company. He starts swearing at her from the get-go, but she, clearly used to this sort of thing, soon puts him in his place.

Frankly, it gives me a warm glow about living in Korea. The expats among you will surely understand.

Sorry that I won’t provide a translation this time (“You fucking crazy bitch!”, “What, that again? You only know two swear words??”), but if you speak just a little Korean you’ll get the gist, and every native speaker I’ve shown this to has been in tears. To every Korean-language teacher out there, may I humbly suggest incorporating this into your classes somehow, rather than yet another lecture about the joys of making kimchee…