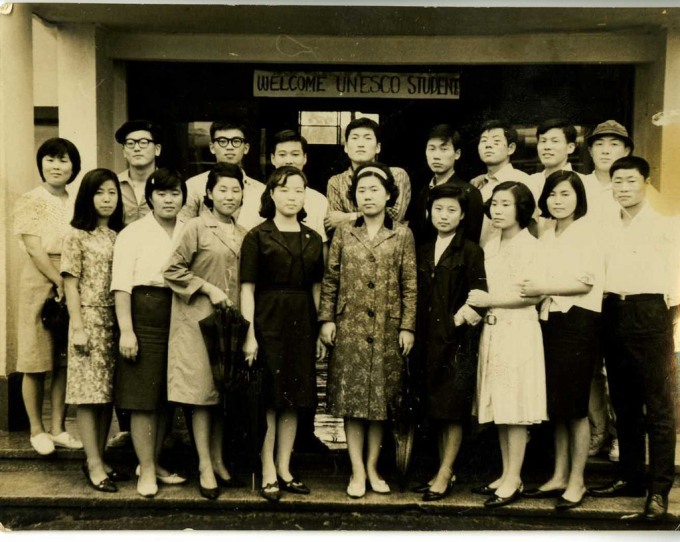 Turning Boys Into Men? The Performance of Gender for South Korean Conscripts, Part 2

In Korean universities, the male students are usually two to three years older than the female students. In such a strict, age-based hierarchical society as Korea, that’s kind of a big deal.

They’re older because most Korean men do their military service while they’re students, then return to university to pick up where they left off. I never realized how that how that might impact their female classmates though, until late last year, when a colleague complained that all the women in his classes—and only the women—were missing crucial tests and exam prep. It turned out, they had to schlep across town to the other campus to act as meeters and greeters for visiting high-schoolers. Why only the women, I asked. Just convention, he guessed; after all, Korean “helpers”(doumi /도우미) are exclusively women. Also, they were performance and musical majors, and we later learned that those departments were responsible for providing the students, with certain quotas to be met by each class.

And in those classes, older students pulled rank on their juniors. Who just happened to be women.

These senior/junior relationships are common practice in Korean universities, although usually they operate between grades, and different majors and institutions vary widely in how rigidly their students adhere to them. Obviously, men are victims of the system too. But just as obviously, if students’ ages also matter, then it seems that finishing military service brings explicit male privilege for returning students.

Many would see that as fair compensation, and perhaps they have a point. But with some men feeling that they’re “owed,” there’s always the danger that they’ll take advantage of their juniors, who had nothing to do with their forced military service. I also think that for my colleague’s students, who weren’t happy about “volunteering” but seemed resigned to it, such experiences presage the gender roles and expectations of unpaid labor they’ll face when they enter the workforce, which is even more hierarchical. Either way, it’s a concrete example of how and why military service is a huge socialization agent in Korea, and one that’s often taken for granted. Which is what this series is all about.

What do you think? Whether as a professor, student, or parent, what has been your own experience of this age-based hierarchy at Korean universities? Please let me know in the comments!