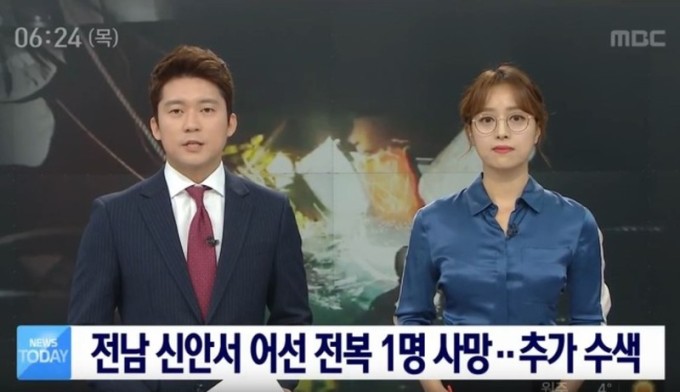 Back in April, MBC anchorwoman Lim Hyeon-ju caused a sensation by being the first Korean female news anchor to wear glasses on the job, sparking a national conversation about double standards in dress codes. Shortly thereafter, the results of two studies on gender biases in the Korean media were released.

That you clicked on this post means you’re probably already aware of the Korean media’s widespread sexism. The romanticized depictions of dating violence in dramas for instance. The pervasive body-shaming. Subtitles for other languages usually depicting women talking to men in deferential speech, regardless of what was actually used by the speakers. And so on.

Yet the raw figures can still make for some alarming reading.

The first study, conducted in March by the Korean Institute for Gender Equality Promotion and Education (KIGEPE), focused on entertainment programs, the results of which can be read in The Korea Bizwire and The Korea Herald. The second, conducted in 2015 and 2017 by the National Human Rights Commission of Korea (NHRCK), covered both entertainment and news programs. About the former, it found similar results to the KIGEPE’s study. As for news programs, men and women’s roles on them were revealed to be dramatically different. I haven’t been able to find any news about the study in English however, so here’s a quick breakdown from an article at Youth Daily (청년일보):

…The NHRCK has released the results of its study of gender discrimination in dramas, news programs, lifestyle programs, current affairs shows, and other entertainment programs shown on public broadcast channels and cable channels last year. The study was commissioned by the Korea Broadcasting Commission.

First, in the case of news program anchors, the rate in the number of occasions in which the male anchor made the opening remarks and announced all of the first five news segments exceeded 60% in 2015 and 2017 [see chart, right].

The contents of anchors’ articles also tended to be differentiated by sex. While male anchors would introduce news items in “hard” areas such as politics, defense, and North Korea, female anchors tended to introduce those in “soft” areas such the economy, society-related topics, day-to-day information, overseas news, and the weather.

There was a discrepancy in the sexes of news reporters also, 64 percent of all news items being reported by men, and only 31 percent by women [I don’t know why these don’t add up to 100—James]. Hard news stories introduced by male anchors were also more likely to feature male reporters, and vice-versa with soft news stories and female anchors and reporters.

The lack of any mention of methodology is frustrating, so please hit me up in me up in the comments section if you’d like me to dig deeper, or about anything else raised. Personally, my first impression was that however sexist the contents, fortunately the impact of traditional news is increasingly limited. Even in the US for instance, where people still watch an astonishing 7 hours and 50 minutes of TV a day, only 50% of adults regularly get news from television, most of them in older demographics. Surely in wired Korea, that figure would be far lower?

But that would be missing the point. Just because a news video is more likely watched on Facebook on a smartphone than on the 6 o’clock news on TV, doesn’t mean a traditional news organization wasn’t the most likely producer. Ergo, the differences revealed by this study still have real impacts and still need fixing, as evidenced by the scale and enthusiasm of the reaction to Lim Hyeon-ju donning her glasses.