Last week, I caught Sean Pablo’s interview of Nara Kong about dating culture and the sex education she received—or rather didn’t receive—in North Korea. Short and interesting in its own right, I recommend watching the entire video, and subscribing to both Youtubers. But it was the section from 1:30 that will really bring out your Korean sexuality geekgasm:

For those of you also completely turned on right now, but frustrated because you can’t put your finger on exactly why, let me lend a helping hand: it’s because you once read that things were very similar in South Korea in the 1980s. Specifically, from the opening to So-hee Lee’s “The Concept of Female Sexuality in Korean Popular Culture” (pp. 141-164) in Under Construction: The Gendering of Modernity, Class and Consumption in the Republic of Korea (ed. by Laruel Kendell, 2002), recalling her embarrassment and confusion when she attended some English literature lectures at Cambridge University in the mid-1980s (pp. 141-2):

My topic was “Women Characters in Victorian Novels”. During the lectures and seminars, I was acutely embarrassed by what I heard. Why was everyone talking about sexuality, masculinity, and femininity? What was the relationship between those terms and feminist literary criticism?

In those days, Koreans did not have exact counterpart terms for “sex”, “sexuality”, “sexual intercourse”, and “gender”. I was very confused as I struggled to determine the appropriate meanings. In Korean, one very general term “seong” (성) could be used for these four concepts, its particular meaning dependent on the speaking and listening context.

(It’s actually a little more complicated than that, the specific Chinese character she’s referring to—there are many different ones rendered as “성” in Korean—also meaning “nature” and “life” as well as “sex.” But that just adds to her point.) 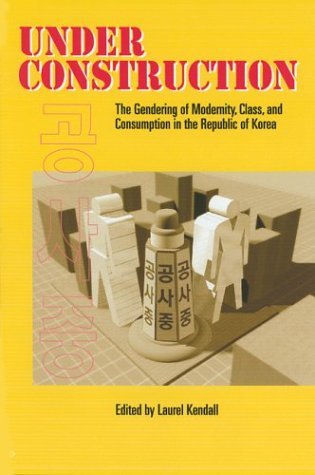 Korean society in the mid-1980s did not find it necessary to make sharp distinctions between these concepts. At the annual Korean Women’s Studies Association Conference in 1989, the issue of sex language was raised and discussed. More recently, the Korean counterpart of the term “sexual intercourse” (성교) has gained wide usage, accompanied by the frequent use of the a Korean counterpart for the term “sexual violence” (성폭행)….Sexual violence has now become a recognized issue in need of a discourse.

Korean concepts of sexuality have changed profoundly since the Democratic Revolution of 1987….In 1995, the most popular topics among university students were sexuality, sexual identity, and other sexual subjects. There are many reasons for this…

One of those reasons being all the (female sexuality) taboo-shattering movies and books that came out in the mid-1990s, the focus of her chapter. For more on those, see my post “Women Getting on Top: Korean Sexuality in Flux in the 1990s“, then “Korean Women and the 2002 World Cup: The REAL origins of the kkotminam craze” for even more taboo-breaking in the 2000s.

As an added bonus to those who have read this far, who can consider themselves the true Korean sexuality geeks, let me also pass on Jo Kwon and Lia Kim’s dance to Lemon by NERD & Rihanna, my gateway video—thanks Asian Junkie!—to becoming a complete fanboy* of both:

A song with a lot of seong that. What more could you ask for on a Monday? ;)

(*I’m really, really wincing at the high-heels in this one though. And Lia really shouldn’t have had a pre-teen dancing alongside her to Starships by Niki Minaj in her latest video either. But I only criticize out of love!)