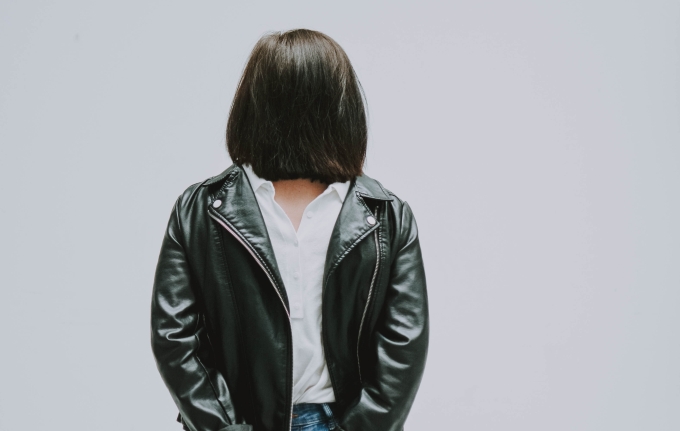 Korea is rare among high-income countries for allowing over the counter access to the monthly contraceptive pill. Also, ironically, for its extremely low rate of usage despite that access.

Meanwhile, the morning-after pill requires a prescription. This was reaffirmed by the government in 2016, citing, with incredible hutzpah, precisely that low rate of usage of the monthly pill as evidence that Korean women were simply too ignorant about contraception not to abuse emergency contraception.

Ignorant or not however, in practice OBGYNs were moralizing rather than educating those patients that sought it, as discussed by Claire Lee in the Korea Herald:

Jeong Yu-jin (31) said there was no benefit to her in visiting her gynecologist to obtain the drug, as the doctor gave no explanation on birth control as well as the pills. “It just cost me more time and more money,” she said. “With or without a prescription, it’s very hard for women to access accurate information about the drug and its effects. So why not just make it an OTC drug and at least allow us to access it as soon as possible?”

In order to avoid getting a “scolding” from doctors and unwanted attention from visitors and nurses, she visited different clinics every time she needed the drug, Jeong said.

“I think this notion of ‘unwed women are supposed to be sexually inactive,’ still prevails in Korea,” she said.

The duplicity ran deeper still. Prior to the decision, the Ministry of Food and Drug Safety itself admitted that “As the drug is known to be effective up to 72 hours after unprotected sex, the requirement of a doctor’s prescription may deter prompt access to the pills and reduce its effect.” However, it caved in response to pressure from religious groups and the Korean Society of Obstetrics and Gynecology, the latter of which long arguing that the overuse of morning-after pills can cause “serious side effects” to women—despite the WHO considering them “very safe and posing no risk of overdose.”

One of those reasons a prescription may deter prompt access to pills is because of simple logistics: just imagine a scared teen, with few breaks between busing to cram school after cram school, trying to find a dispensing clinic on a weekend. The other is because of Korean medical staff’s notorious disregard for privacy. As I wrote about in 2012, on her very first visit to a gynecologist in 2000 my then girlfriend-now-wife was asked my name, contact details, occupation, and intentions towards marriage. Likewise, many of you still suffer such indignities as having to loudly explain your intimate medical issues in busy waiting rooms, and/or being complimented on the prettiness of your vagina during examinations.

Add that Korean society does indeed shame sexually-active unmarried women, then the fear of being outed through that unprofessionalism is very real.

But how to provide proof of that concern, beyond the anecdotal?

“The reaction to having a woman in a condom ad is exactly why we need women in condom ads.”

The short article, “The attitudes of Korean physicians toward emergency contraceptive pills: Regarding women’s access and rescheduling” by Eun Sil Lee, Chong A Lee, Jee Hee Lee, Bo Ra Park, and Imsoon Lee (2018), based on a survey conducted in 2014-15, provides a starting point:

In addition to insufficient information, 22.5% of physicians recognized that there was a psychological issue with regards to women visiting clinics or hospitals to obtain ECP prescriptions. The fact that 51% of physicians had been asked to prescribe ECP without recording personal information, underscores the need for a policy to further improve ECP access in Korea. The fact that the survey indicates that 17% of physicians found ECP access difficult, suggests the need for greater and improved access.

There are issues with that statement: what personal information is normally required exactly? The morning-after pill is not covered by the national health insurance system, so the usual social security number wouldn’t be necessary. Also, how did the physicians respond to the request? Could they comply, or do tax-related and/or various other laws prevent it? What are the laws regarding the anonymity of minors (albeit only compromising 5.7 percent of patients)? And so on.

There are broader problems with the article too. One, that the survey respondents were not necessarily representative of all physicians, the authors acknowledge. Another, that physicians have vested financial interests in maintaining prescription-only access to the morning-after pill, they don’t. Nor that physicians themselves are in large part responsible for the “negative and false perception[s] about the safety of emergency contraceptive pills” that they cite as the biggest issue restricting women’s access to it.

The physicians’ honesty about their patients’ privacy concerns is remarkable, considering.

Hopefully, answers to some of those questions raised will be available from Korean-language sources. Until then, let’s end with how we began: if slut-shaming wasn’t a thing, why would Korean women be too scared to even have their names recorded in a OBGYN’s appointment book? Hopefully, this evidence of that will change some minds—or at least shut them up!

Long time no see everyone, and sorry for the wait.

We’re all busy these days, so I won’t waste your time with explaining why. Suffice to say I no longer have long blocks of time free to really delve into a subject like I used to. Don’t worry: that doesn’t mean I won’t be writing marathon, heavily-researched posts anymore, or never finishing the—ahem—half-dozen series I have ongoing. Just that I can’t spend Herculean, lunch to dinner sessions on posts like I used to. Instead, I have to take advantage of a free half an hour here, an hour there, and…TBH, I’ve been struggling to make the transition. But I’ll get there.

In the meantime, there’s one more change I’m going to have to make, which has been a long time coming. The issue is I’m always reading, listening, and watching Korean feminism, sexuality, and pop-culture-related things, but I don’t share them because, time aside, I usually just don’t have much to add to them. That compulsion is such a 2007 blogging mindset though. (Yeah, that’s how long I’ve been doing this.) Also, that I’ve been spending an hour per day posting to Twitter and Facebook for many years has blinded me to the fact that many readers of mine aren’t actually on either (sorry). So, from now I’ll making lots of short posts, drawing your attention to the interesting and useful, with only minimal commentary from me if necessary. Meanwhile, I’ll still be working on the marathon posts in the background.

That said, most of those things I’m reading, listening, and watching these days are—yay me?—all in Korean, which, sans translating everything, are not necessarily the easiest things to pass on to non-Korean speakers. But again, I’ll see what I can do.

Which brings me to the video of the title, an April 2018 talk in Seoul for Sebasi (like a Korean TED) by sexual assault victim and now education and rights activist Winnie Li, author of Dark Chapter.

Frankly, I’d never heard of her before this Saturday, when I had to attend a TEFL conference at my university. But at that conference, attendees were told there was a mandatory viewing session of a video about preventing sexual harassment.

You can imagine most people’s reactions: in Korea, such videos are typically cringeworthy, patronizing, and terribly-translated cartoons. Instead, we got the presentation below…which by no means is about sexual harassment prevention.

What exactly it is about though, I’ll have to frustrate you by not saying, because I want you to be as shocked and amazed as I was. But I do promise that no matter how busy you are, it will easily the best use of 17 minutes you’ll make this week.

After you’ve watched, please let me know what you think in the comments. And make sure to check out Winnie Lee’s own blog too!

(Note that the talk is all in English, with Korean subtitles.)