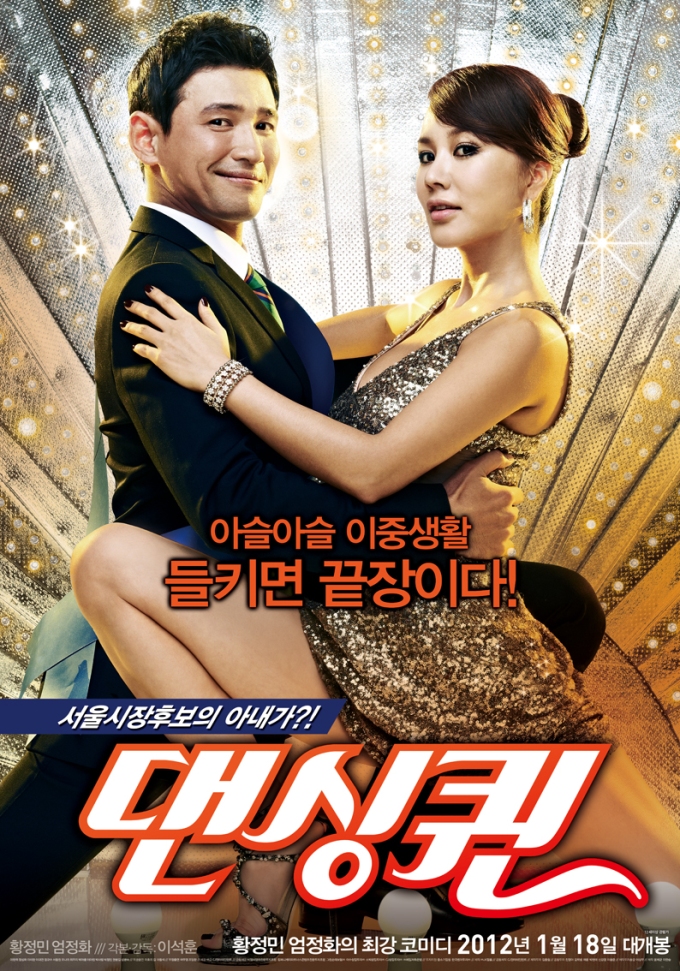 If you’ll please indulge an old Korean Studies geek for a moment, Girlfriday’s review of Dancing Queen (댄싱퀸) at Dramabeans this week instantly reminded me of The Adventures of Mrs. Park (박봉곤 가출사건), from way back in 1996. After all, both are about wives who blatantly defy their husbands to follow their dreams of becoming singers, both are comedies, and – I’ll take a wild guess about Dancing Queen – both wives are ultimately successful. 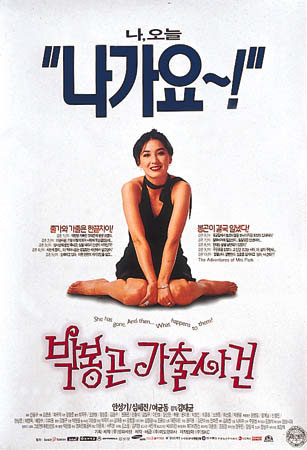 One likely difference though, is that Mrs. Park runs away from her husband. And in fact, The Adventures of Mrs. Park was the first Korean movie to ever show a wife getting away with such insubordination.

That may sound difficult to believe today, but director Kim Tae-kyun (김태균) would later confess to Cine 21 magazine that he was extremely concerned at how audiences might react to such “an unexpected ending”. As even comedies back then would invariably close with continued happy marriages, while more realistic movies would show a miserable and destitute wife returning home with her tail between her legs.

In contrast, I doubt director Lee Seok-hoon (이석훈) has any such qualms in 2012. And it’s always quite sobering, realizing how much Korea has changed in the time I’ve been here.

So, while I doubt I’ll ever make the effort to track down and watch The Adventures of Miss Park for myself (all of the above is based on this book chapter), I will watch Dancing Queen. For not only is Hwang Jung-min (황정민) my favorite actor ever (see here for my review of A Good Lawyer’s Wife {바람난 가족; 2003}, the first movie I saw him in), but I’ve always had a soft spot for Uhm Jung-hwa (엄정화) too, as she was very much the queen of K-pop when I came to Korea back in 2000. Here’s my favorite song of hers from back then (just give me the word, and I’ll translate it in a flash!^^):

And after all that reminiscing(!), finally here are this week’s links, in no particular order:

• What K-pop can teach us about the ROK military (Seoulbeats)

• Did the Piggy Dolls ruin their credibility? (Mixtapes and Liner Notes)

• Essential information for understanding divorce in Japan: there is no such thing as joint custody of children (Economist)

• How Korean fashion is seen from an international perspective; opposed to how Koreans think it’s seen (Noona Blog: Seoul)

• Congratulations on the Dragon baby! (On Becoming a Good Korean {Feminist} Wife)

• 290,000won bags for elementary kids – competition at the extreme? (Hangukdrama and Korean; also see my post on how pink and princessey the schoolbag ads for girls are, but sporty and full of space-shuttles and racing-cars for boys)

• [Debate] Leave ancestral rites where they belong- in the past (Hankyoreh)

• Statistics on social trends in Korea – a great resource (Korean Journal of Sociology; scroll down to the “research guide”s)

• Monfemme: gender, feminist, and medical anthropology in the steppes and deserts of Mongolia (Blog recommendation)