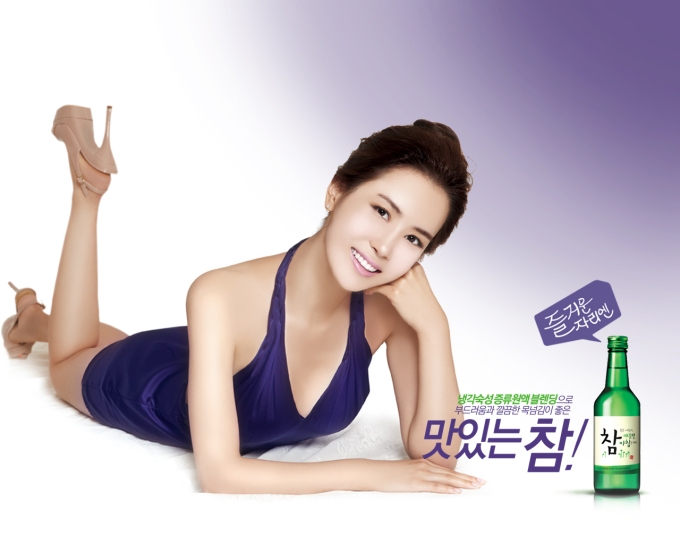 Pondering questions about excessive photoshopping in ads for a radio interview I’ll be doing next week, yesterday I would have said that Koreans are so accepting, even welcoming of it, that unfortunately little surprises me anymore.

Update – Thanks to Paul Kerry for drawing my attention to these further examples, also available on the website:

Paul at least has seen them in a restaurant (example here), and Lee Da-hae’s endorsement deal also produced a lot of Korean news reports and blog entries back in September, so they’re certainly out there. Unfortunately though, I’ve been searching in vain for any mention of the Photoshopping in them. As they say, the silence is deafening!

Granted, it’s not the most egregious case of a Korean athlete’s face being photoshopped. That dubious honor still remains firmly in the hands of Gillette Korea, whose choice of pockmarked Manchester United footballer Park Ji-sung (박지성) to endorse them last year is probably also the most glaring example of the over-reliance on celebrities in Korean advertising too.

Unlike him though, youthful Olympic medalist Park Tae-hwan (박태환) already has unblemished and unusually smooth skin, which raises the question of what the photoshopping was for exactly?

Personally, it reminds me of the airbrushing of Milla Jovovich’s face in Resident Evil: Extinction (2007), which many viewers found unnecessary, confusing and/or distracting. Indeed, while I’ll be the first to admit that Tae-hwan has a great body (more of which you can see in the last post), and with the proviso that I’m a (jealous) heterosexual male, I’d say that in the second picture in the series his now somewhat seal-like face simply draws too much attention away from his abs…

Can anyone think of similar examples, particularly Korean ones? Please pass them on!