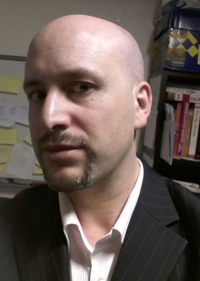 As the tagline says, The Grand Narrative is all about Korean feminism, sexuality, and popular culture, and in the last 15 years has become one of the leading English-language sources on those topics, getting mentions in such sources as TIME, The Washington Post, BUST, CNN, The Associated Press, Slate, and Jezebel. Since 2010, I have also become a freelance writer and frequent public speaker too, regularly giving lectures at universities and institutions across Korea and overseas.

That being said, I am no “Korean feminism expert.” Rather, I always try to be honest about my many, many inadequacies and gaps in knowledge, and I acknowledge that my male, white, cishet, middle-aged and Western privilege and background present considerable challenges in understanding the topics covered in this blog. For that reason, I try to use as many Korean-language sources as possible in my writing, and naturally women in particular. I also concentrate on topics that have gotten little or no coverage in the English-language media, aiming to pass on news and perspectives that people who don’t speak Korean would otherwise never get exposed to.

I realize middle-aged white men are privileged in discussions about Korea, and that sucks. Many offer non-Koreans little more than uninformed Orientalist tropes and stereotypes too. So, I completely understand why many people believe that white men have no place discussing Korean feminism, of all things.

If you feel the same way, I hope I can show you that anyone can still offer something useful and novel to any subject, provided they’re aware of their limitations and that they do the hard work required to overcome them. If I ever don’t succeed with any post though, and don’t seem to have done enough of that work, please get in touch and tell me why.

But offering more than just soundbites about Confucianism requires a lot of time and effort. and accordingly this blog represents 1000s of unpaid hours of researching, translating, and writing. Keeping readers up to date on the latest news via my Twitter and the blog’s Facebook page has been an hour a day commitment for the last 10+ years too. So, if you like what you read on my blog and social media, and/or do ever find them useful, please consider helping me keep them going by making a small donation via the PayPal button below, or by a wire transfer to Turnbull James Edward (Kookmin Bank/국민은행, 563401-01-214324) if you live in Korea :)

Finally, on a more personal note, I was born in the UK, I spent my teenage years going back and forth between there and Australia and New Zealand, and I graduated from the University of Auckland. I’ve lived in Korea for 22 years now, and am married with two daughters. Since 2010, I’ve taught at Dongseo University in Busan.

Header image by Riki Ramdani at Unsplash. (Account since discontinued.)

— “Can K-Pop stars have personal lives? Their labels aren’t so sure”, CNN.

— “South Koreans may no longer face jail if they refuse to serve in the military”, CNN.

— “In Pyeongchang, a surprise visit from Queen Yuna”, The Globe and Mail

— “An epic battle between feminism and deep-seated misogyny is under way in South Korea”, Quartz

— Interview, Inside Out Busan

— “For Women In Korean Pop, ‘Making It’ Can Mean A Makeover”, NPR Music

— “One Size Fits All in South Korea, As Long as That Size Is Small”, Racked

— “A Weighty Matter: Are Koreans Really Getting too Fat?”, Busan Haps

— Podcast Interview: Korea and the World

— “Give It to Me? The Impact of K-Pop’s Sexualization on Korean Advertising”, Culture and Commerce in the Traditional, Modern and Contemporary Asian Music Industries, Yonsei University, Seoul

— “When K-pop Gets Under Your Skin…”, Busan Haps

— “The K-Pop Cringe: Is the Korean Wave Living Up to the Hype?”, Busan Haps

— “Hot Summer On Screen: Sizzling it up with More Provocative K-Pop”, Busan Haps

— “Is too Much Study Indoors Destroying Students` Vision?”, Busan Haps

— Mention: “Should pornography be censored?”, The Korea Herald

— “K-girl Power: The emerging trend of empowerment and sexuality in K-pop”, Busan Haps

— Mention: “For S. Korean men, makeup a foundation for success”, The Associated Press

— “The Empowerment of The Pill in Korea”, Busan Haps

— “Why are There So Many Celebrities in Korean Ads?”, Busan Haps

— “Should the Sexualization of Teens in K-Pop be Banned?”, The Korea Herald