Old news in the K-pop blogosphere admittedly, but these advertisements of Jeong Ryeo-won’s do give me concerns about her health, although fortunately she’s gained a little weight since they were shot back in July.

Update: As this post at Allkpop makes clear, actually she lost the weight for a movie role. But, given that extreme weight loss, the question remains of if she was an appropriate choice of model.

On to this week’s stories:

1. The Politicization of Skin-Whitening Products

With thanks to reader Anne for passing it on, I’d agree that this is “an insightful recent look at beauty standards in N. America and Korea from the perspective of a Korean American woman,” and for anyone interested in my own take on the subjects raised there by Min Jin Lee, author of “Free Food for Millionaires”, please see here, here and here also.

2. How to Read Your Date’s Personality in 10 Minutes

3. Couple Steal to Pay for Abortion

Do they cost that much money? Still, one can sympathize with the impoverished couple to a certain extent, and I wonder what punishment they’ll receive? Not that I’m advocating at all that they should get a mere slap on the wrist for holding four bar-owners up at knife point, but they do still present a bit of a dilemma, as obviously they can’t pay a fine, and jail time would mean that their five year-old daughter is sent into (woefully inadequate and under-resourced) state care.

By coincidence though, Wednesday’s English Chosun had a report saying that from September, destitute offenders would be allowed to do community service in lieu of paying fines. Currently, 32,000 people are in jail because they can’t afford to, although 94% of all fines are for less than 3 million won.

4. Government Buildings to Have ‘Refresh Zones’

Fiddling while Rome burns. As Brian rightly points out, a far more effective way to look after employees’ health would be to get rid of the mindset that hard workers don’t go home before the boss does, which means that while Koreans technically have among the longest working hours in the world, much of them are already spent napping and/or playing Minesweeper on their computers.

See here for my own take on the natural effects that has on Korean family life and the low birthrate.

I already mentioned some articles on this in story #22 last week, but if you’re further interested then here’s a translation of another Korean article on the same subject by Korea Beat, and it is always good to get as many different perspectives as possible (source, right: the Hankyoreh).

Not that one article marks a trend, but this translation of this article from the Guardian on upskirting worldwide did briefly feature prominently on Yahoo Korea’s “front page” this week. And as this and this report make clear, it’s actually still quite a legal grey area in Korea.

7. Vice-Principal Who Ignored Sex Scandal Gets Chance at Promotion

As reported by Korea Beat, “controversy is brewing as a vice-principal in Yeosu, who may or may not have looked the other way as his principal was molesting little kids, is getting one final chance for a promotion.”

8. Resource on Sexual and/or Physical Abuse of Korean Children

Found via his recent post on The Hub of Sparkle here, blogger Roboseyo has been gathering links at news reports on these subjects since November last year, and I dare say I’ll be referring to it a lot from now on!

That’s according to a broad statistical report just released by the Korean government, the outline of which are translated by Korea Beat here. Personally though, I find the myriad of other statistics more interesting, such as the fact that traffic fatalities have halved since 1990 for instance, and the ratio of boys to girls among newborns is well within natural ranges, although Korean’s supposed preference for sons is still invariably what tends to be reported by the foreign media.

Meanwhile, the English Chosun at least is convinced that Korea must embrace immigration and ethnic diversity simply for the sake of its long-term economic survival. Definitely laudable thoughts, but while progress is definitely slow, one suspects that most Koreans will find (albeit very very belatedly) that making it easier for Korean mothers to work will be a far more palatable option for them.

10. Gay Politics in Taiwan and Japan

An interesting comparison here, and given Japanese people’s reputation for their….well, let’s say “rather liberal” notions of sexuality, then I was quite surprised to learn that the Taiwanese are actually much more open and progressive when it comes to homosexuality (found via Global Voices).

While fellow blogger Javabeans is rightfully skeptical of the real benefits celebrity involvement provides to charity promotion and public campaigns of any stripe, she(?) was happy to report that it did have a big impact on this child’s life.

Details here. For a much more interesting and in-depth look at the issues raised by that controversy though, see the discussion between Gomushin Girl and Bebel in the comments section to last week’s post, starting here. 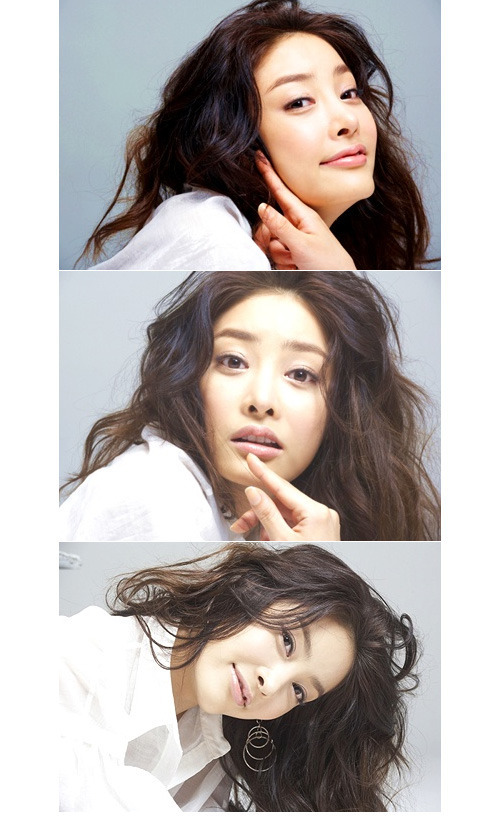 For the original Korea Times report see here, and the instant I heard of her death I thought of this excellent post by Micheal Hurt on suicide in Korea to place her death into some context, a sentiment echoed by Matt at The Hub of Sparkle here, and who also provides a list of the large number of Korean celebrities to have killed themselves in recent years.

And naturally enough, to specifically those police officers in charge of cracking down on them too (prostitution is illegal in Korea, but widespread: for a primer and many links, see #3 here). See here for details of those and for the average sums of bribes paid to the police to overlook other crimes too, and while we’re on the subject of prostitution here is a report of a Korean man pimping foreign prostitutes from the fifth floor of a tourist hotel in Seoul too. Unfortunately though the report is unclear on whether the prostitutes, who are about to be deported, came to Korea with the intention of working in the sex industry or whether they were tricked and/or forced into it upon arrival (like #5 above).

While little good if a lack of state care means that abusers are often the only ones able to provide for their victims, and which in practice means that often they’re not even prosecuted at all (see #3 above), at least these measures are a step in right direction.

16. Women First to be Laid-Off During Recession

Sigh. Again, it doesn’t exactly give me a warm and fuzzy feeling inside to be proved right (see #1 here, and #2 here), but the most recent statistics on phenomenon can be read at the English Chousn here.

Meanwhile, amongst Korean men that are laid-off, as many as 20 percent are opting not to tell their families. One suspects though, that surely they’ll still find out eventually?

Yes, really, and despite the fact that it is all sexually-active women that are most at risk and hence most in need of a regular test. For the lively discussion on that, see the thread at Dave’s ESL Cafe here, and personally I see this as further vindication of my view that the contraceptive pill should remain an over-the-counter option in Korea, rather than requiring a prescription from an almost invariably patronizing and moralistic Korean medical establishment, almost Victorian in its inability to acknowledge that Korean women are having sex before marriage.

On International Women’s Day, Letters from Taiwan notes the gap between government rhetoric and actual practice on women’s rights (found via Global Voices)