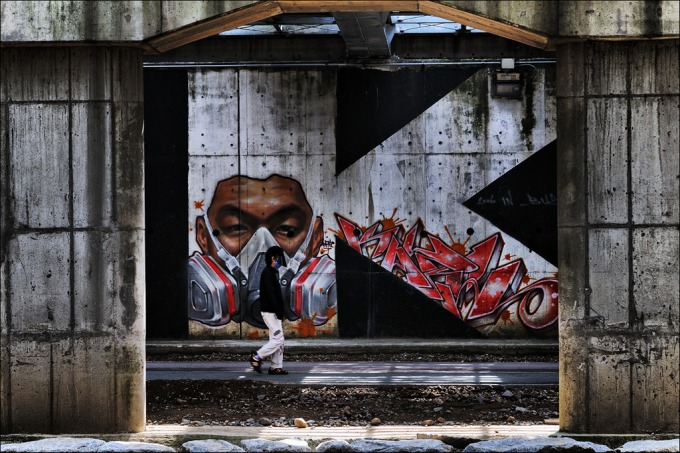 Some graffiti-art for your enjoyment this week, as I rarely see any in Korea (not that that’s necessarily a bad thing). Now that I look at it more closely though, I’m not entirely certain if it is actually Korean? There are no details at the Korean photography blog I got it from unfortunately.

Meanwhile, I received the following email from reader Jackie earlier this week, which I’ll let speak for itself. If you would like to help her but don’t want to provide details publicly here, then please contact her at jackieee.kim@gmail.com:

“I am a junior sociology major who is hoping to go to Korea this summer to either research with a professor or work for a nonprofit organization. I am contacting you to ask if there were any organizations or people you could direct me towards or connect me with. I’m interested in working in the areas of cultural  exchange, community development, race & ethnicity, gender inequality, or children & youth. I’ve been searching for people and places on my own, but my Korean is only conversational at best and I do not have very many connections so have not had much luck. I will be applying for a summer grant from my school, so I would not need funding. I would really appreciate any help or advice you could give me. Thank you.”

Have a nice weekend everyone!