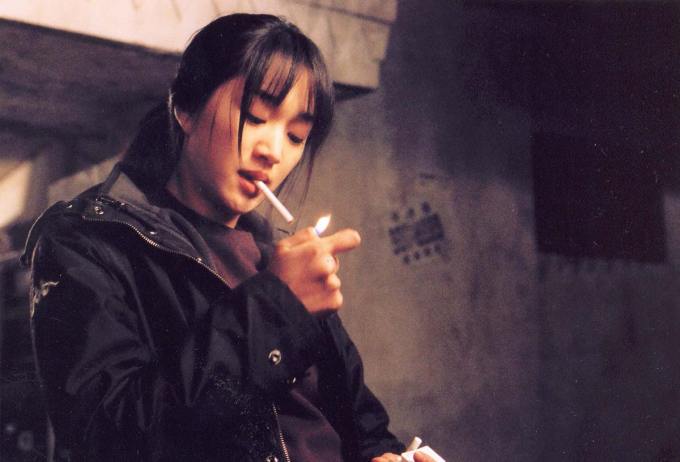 As numerous expats can attest to, coming to live in Korea can be quite a jarring experience sometimes. But probably not as much as you’d expect, for Korea too is a modern, developed country, with institutions and services that match – nay, are often better – than equivalents in your home country. Comparatively speaking, the transition is really rather smooth.

Scratch below the surface however, and decidedly archaic twists to many aspects of daily life do soon emerge, many of which are profoundly gendered too. For example, after a few months here I began teaching a group of highly intelligent women already fluent in English, who attended my class merely as a hobby. All housewives, later I learned that they likely did so because while Korea has been providing an equal education to both sexes for decades now, and indeed as many as 82% of high-school graduates go on to university, just a few years after graduating women are routinely fired and/or are pressured to resign upon getting married or becoming pregnant. Which makes one wonder what the point of women’s higher education was exactly, and accordingly a study conducted just a few years earlier (Women’s education, work, and marriage in Korea: women’s lives under institutional conflicts by Mijeong Lee, 1998, pp. 161-163) found that, à la Jane Austen, it was largely to secure higher-earning husbands.

It is true though, that modernization the world over has invariably entailed such “housewifization” and nuclearization of the family, so in that sense at least Korea is arguably simply repeating the experience of societies that developed earlier.  One way in which Korea does stand out then, is the case of smoking, and you’re probably well aware that it once had the highest male smoking rate in the world, whereas that for women has historically been extremely low. But unless you are already living in the country, then you may not have realized that this is not necessarily by choice, but rather because women can still get slapped for simply smoking in the street, even in 2010. And as testament to the strength of this taboo, it has influenced the smoking habits of at least one female blogger here too for instance, even though most Koreans excuse expats from the vast majority of Korean social norms (source, right).

This brief four-part series is about that gender politics of smoking in Korea, starting in this post with how such an artificial gender binary emerged in the first place; a later one will provide detailed statistics on the number of smokers in Korea, followed by a discussion on the ways in which tobacco companies have (largely successfully) targeted Korean girls and women over the last two decades. As you’ll soon see, it is really a little naive to speak of a “Korean smoking rate” or even “Korean male” or “Korean female” smoking rate when the results differ so widely by age, gender, class, and/or marital status, and the widely perceived notion that Korean women don’t and/or shouldn’t smoke is obscuring the fact that in reality more and more are over time (very roughly 1 in 5), and that success in reducing the number of male smokers comes in the midst of a looming health crisis among female ones.

But first, perhaps “taboo” is not strong enough a word. Consider why the Seoul Metropolitan Council recently proposed banning smoking in public spaces for instance:

“I suggested the bill to protect pregnant women and children from second-hand smoke on streets and at other public spaces” Park Hee-sung, a city councilor, said. “It also secures the right to smoke by designating smoking areas.”

No mere slip of the tongue, this is really a bizarre rationale for banning public smoking: don’t men and non-pregnant women also suffer from passive smoking? But place it in the context of decades-old legislation that posits both children and all women alike as in need of protection however, as mentioned in Kelley Lee et. al. in “The strategic targeting of females by transnational tobacco companies in South Korea following trade liberalisation”, Globalization and Health 2009; 5: 2 (download here), then it does begin to make some sense:

The National Health Promotion Law Enforcement Ordinance, adopted in 1989, bans all tobacco advertising, marketing and sponsorship aimed at women and children including both print and broadcast media.

Although as I’ll explain in Part 4, cigarette companies have largely managed to circumvent this restriction. In the meantime, how did the gender ideology behind the law come about? 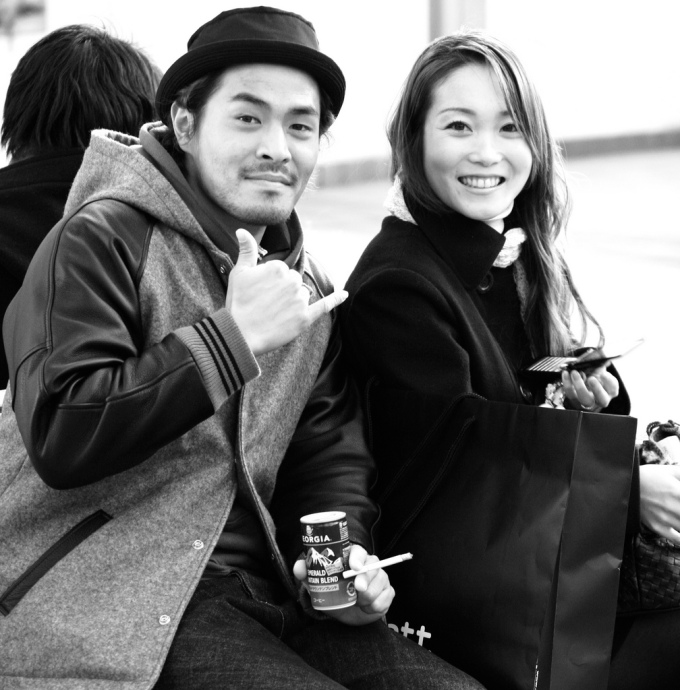 Well, consider the thoughts of C. Paul Dredge in “Smoking in Korea” published in the Korea Journal back in April 1980, (downloadable here), which are worth quoting at some length. From page 28: 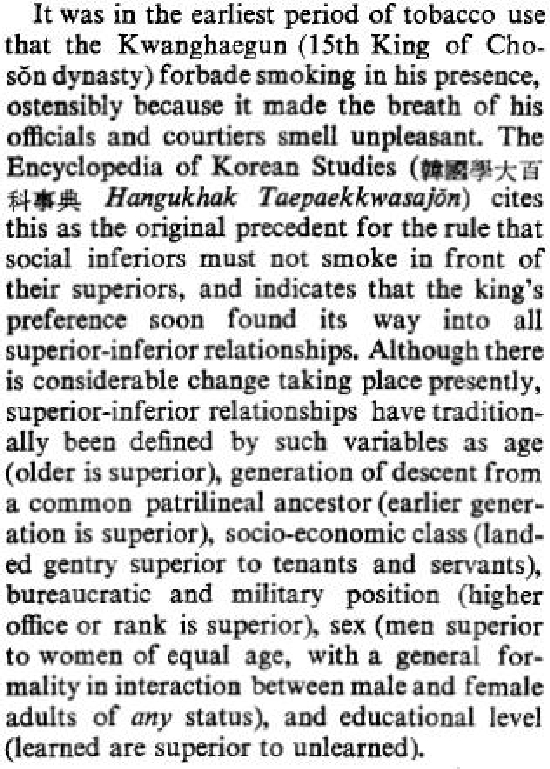 With a clear logic rooted in Neo-confucianism, this explanation intuitively makes sense, and I feel confident that I speak for almost everyone when I say that if that excerpt was all of Dredge’s article that was still available, then we’d be more than satisfied with it.

You can imagine how I felt then, when I read on and learned that that was actually bullshit. From pages 28-29:

A good lesson to remember when trying to understand any society better, and indeed I’ve previously made a similar point in the context of how authority and/or hierarchical relationships are portrayed differently in Korean and Western advertisements, so I should have given it a little more thought myself.

With a newfound respect for Dredge then (does anyone know more about him?), I highly recommend reading his article for yourself to learn more (it’s only 11 pages long), in which he goes on to discuss how the above affected Korean women’s smoking habits (at least in 1980). Also analyzing how they differed in the context of the aforementioned divisions of age, class, and marital status however, then I’ll leave that discussion for Part 3 next week.

For now, I’d be more interested in hearing about your own experiences and opinions of smoking in Korea. Alas, although I’ve never lectured anyone about smoking, I confess that I’m an anti-smoking Nazi myself, and possibly for that reason I only have 2 very occasional smokers among my friends to ask. So I would really appreciate it!^^

Update 1: For those interested in smoking culture in North Korea also, see here.

36 thoughts on “The Gender Politics of Smoking in South Korea: Part 1”