A quick admin note first: following the advice of a friend, I’ve decided to change the format of the Korean Gender Reader posts, as the previous commentary and information-dense one was often a little overwhelming for many readers (3000 words is not a “summary” of the week’s events!). Instead, this lighter version means more frequent and timely links for you, still leaves me the possibility of expanding upon the more interesting stories in later posts, and, probably most importantly, an extra 8+ hours a week to write!

I hope you like the change, and, following the lead of commenter Tbonetylr who let me know about the above advertisement, this post’s 10 stories (my new maximum) will all be loosely related to the media and pop-culture. Another post later in the week will focus more on sexuality, although of course many stories could easily be in either.

1) First up, Dramabeans discusses the recent trend of absurd age gaps in casting choices in dramas, with one drama having a “mother” only 3 years older than her “daughter” in real life! As described there:

This growing trend has some audiences doubting the believability of such casting choices, and wondering if there’s such a dearth of actresses out there. Personally, I don’t think the general trend is that crazy, given that the 30-something single girl is only lately becoming a viable option, in the last few years. Before, actresses had to go straight from twenty-something maiden to 30-something ajumma. Now there’s more of a range, and it isn’t a new thing for actors to be cast off-age.

2) At an average age of just 15 years old, GP Basic is set to debut as Korea’s youngest girlgroup. As Extra! Korea aptly puts it, “Stop the Madness“, and notes that he is not the only one concerned about their welfare.

3) Just out of curiosity, as anybody seen this new contraceptive pill commercial on TV?

4) Shin Min-ah (신민아) happily acknowledges that her jean advertisements are heavily photoshopped. Meanwhile, in both a bizarre case and ultimate judgment, 92 netizens sued by SM Entertainment for posting up photos of Girls’ Generation (소녀시대) members’ faces superimposed onto photos of naked women will not be prosecuted, primarily because of a petition by the members themselves.

For anyone further interested, note that SM Entertainment has quite a history of suing people for any negative imagery of Girls’ Generation, even for simple cartoons.

5) Committing the grave faux pas of winning on a dating show in China, expat Benjamin Haas gets censored out of it “because foreign guys aren’t supposed to get the girl“.

6) After School’s (애프터스쿨) UEE gets criticized by netizens for her “bellyfat” again, to which unfortunately she responds with “slim” photos rather than defiance at the absurd weight standards (and required dress) for female idols.

7) In a story that sounds all too familiar, 2PM attracted a lot of criticism for the overly sexual content of their first solo concert last week. But as VixenVarla of SeoulBeats notes however, far from this being a case of Koreans being prudes and/or subject to excessive censorship, it would probably have been fine with a age rating higher than, well, 8 plus. Moreover, would anyone expect anything less from management company owner JYP anyway?

Meanwhile, see KBites for details of the latest batch of K-pop songs to indeed get banned by MBC, this time for mentioning brand names and/or websites (and see here for more on Korea’s draconian indirect advertising laws).

8) After a proposal made in the story last month, there is now the strong possibility of the first gay wedding ceremony to be depicted in a drama soon, and accordingly anti-homosexuality groups have already put out newspaper advertisements in opposition (see #12 here for more on those).

Unfortunately the cast and crew themselves are also a little divided about the possibility, but regardless the drama itself – the first to feature gay characters – remains very popular, and has just been confirmed for a 13-episode extension.

9) Christian Dior gets criticized at Jezebel for the heavily orientalist imagery of its latest advertising campaign, Shanghai Dreamers. See Ampontan also for more on its historical context. 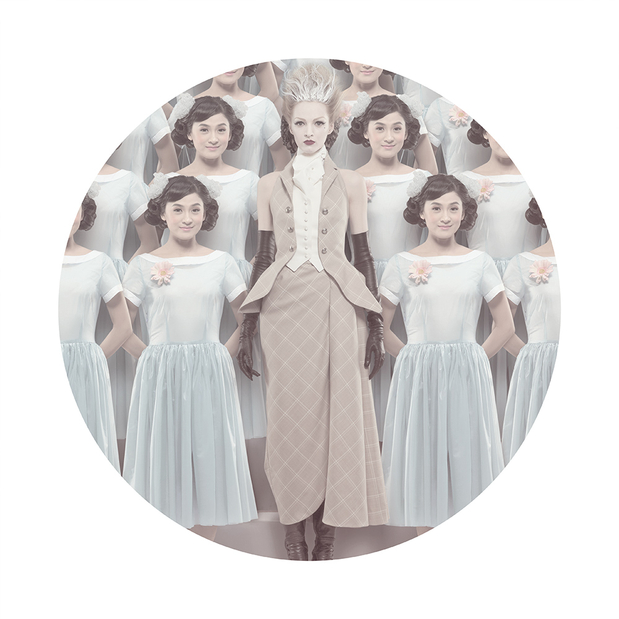 10) Finally, in a classic case of the pot calling the kettle black, Korean netizens have criticized a Japanese talk show for excessively focusing on the bodies of members of Korean girl group KARA (카라), currently on a big promotion drive there. Fortunately however, not everyone has joined the hypocritical, nationalist fray, some noting that “When this is done in Korea it’s ok, but when it’s done in Japan it’s wrong?” for instance.