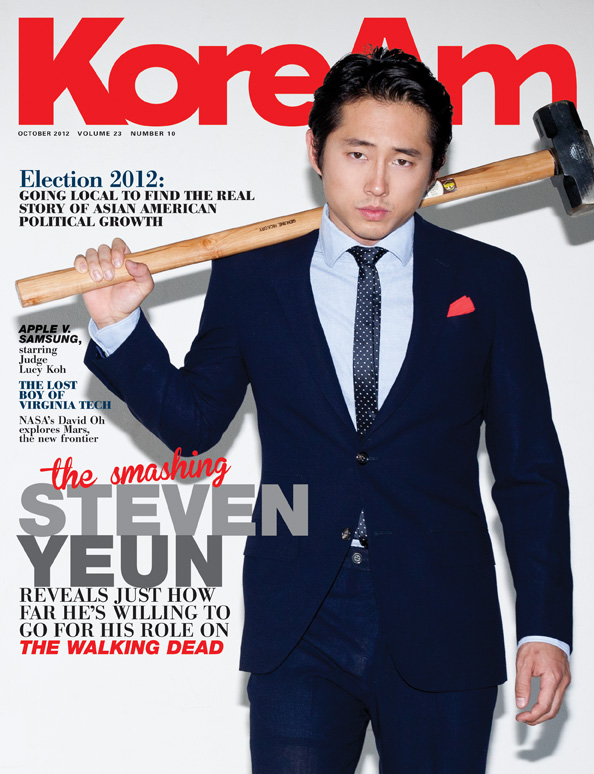 (Source. See Korean Kontext for an interview of Steven Yeun back in April too)

— KUMFA is looking for 10 volunteers to watch kids during their monthly meeting this Sunday, November 11th (Tales of Wonderlost)

— Having a Crush on a White Girl (Journey into the Well)

— In S. Korea, the best education means a sacrifice for parents (The Washington Post)

— “Park Geun-hye and Women Leaders”: A Discussion We Need (ILDA)

— Yonsei University professor to Park Geun-hye, “You may have female parts, but you’re no woman lady!” (Korea Law Today)

— Is Park not a woman? (The Korea Herald)

— ‘Gangnam Style’ singer Psy: ‘I tried an elephant, monkey and kangaroo before the horse dance’ (NME)

— About how badly do you think “Glee” will destroy “Gangnam Style”? (Asian Junkie)

— Holy crap this is actually a Korean drama? What show is this?! (Angry K-Pop Fan)

— Welcome to Room #305: Manhwa provides good insight into a heterosexual’s reaction to meeting a queer person (The Kimchi Queen)

— Please Look After Mom by Kyung-Sook Shin, and Some Thoughts on Culture-Specific Modes of Reading (Gord Sellar)

— In Search of a Common Language: In Another Country, Starring Isabelle Huppert (The New York Times)

— When Idols and Fans Clash (Seoulbeats)