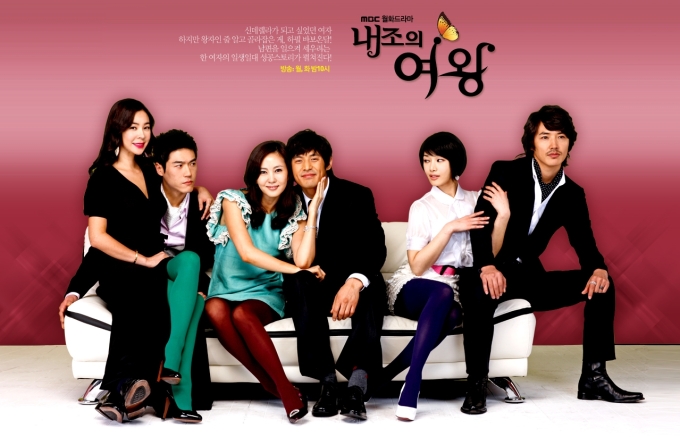 Confused about all the new buzzwords used to describe Koreans’ bodies these days? Here’s my translation of an article that gives a quick guide.

The author implies that most of them arose organically from the public’s interest in certain actors in Korean dramas. Whereas in reality, it’s companies and the media that are overwhelmingly responsible, as they’re in a constant quest to create new consumer trends (read: new reasons for people to feel dissatisfied with themselves). Yet while most of these have no basis in reality, are essentially useless, and/or are so contrived as to be quickly forgotten or ignored, some do stick.

Of those that do though, if they have some English in them then it often makes them more interesting from a sociological standpoint. For whether by accident, mistranslation or design, they both reflect the way the term is already usually misused in Korean and further influence they way in which related English-language popular culture gets filtered into its Korean counterpart.

A good example from this article would be chongsoon-glaemor (청순글래머), or “innocent glamor,” which at first glance doesn’t seem all that strange: in her television commercials for instance, the ice-skater Kim Yuna (김연아) below manages to project an innocent image while having a seemingly glamorous lifestyle (I wonder if she’ll find the former stifling as she grows older however, like actress Moon Geun-young?). But it emerges that “sexy” would be a much better translation of the English word “glamor(ous),” and although I’m sure readers are well aware of the number of ways  in which women are presented as pure and innocent but somehow also lustful in Western popular culture, and effectively are in Korean, there are still problems with assuming that that is what the term means, as the word “sexy” isn’t construed quite the same way here. Instead, we seem to be left with an obscure term for Korean women that look more virginal than normal(?), but yet still do the mechanical “sexy dances” virtually required of them on Korean talk shows.

Anybody with more familiarity with the term and/or the actress Shin Se-kyung that supposedly spawned it, please feel free to correct me on my interpretation: after all, this is the first time I’ve looked at its origins, and just based on one article at that (Update — with thanks to Seamus Walsh for pointing it out, I did indeed make a mistake: “glamor” actually means “busty” in Korean). But with the proviso that the next means I may be cherry-picking the facts to suit my own views, it does still seem very consistent with the Korean media’s overall trend towards discouraging or outright banning of assertive displays of women’s sexuality, i.e. genuinely sexy behavior.

What were the hot keywords that led trends in the world of entertainment in 2009?

From the drama Boys Over Flowers the term “flower man” was on everyone’s lips; from Queen of Housewives the actor Yoon Sang-hyu received a lot of praise for his looks, spawning the word “beautiful middle-aged man” and a strong following among men wanting to emulate him; and women were similarly interested in the After School member UEE’s smooth and velvety thighs known as “honey thighs” and actress Shin Se-kyung’s “innocent glamor.” Finally, in addition to the eternal “V-line,” a strong interest in youthful faces has been shown by the new word “babyface” that is often talked about.

Combined, the flower man syndrome caused by the KBS Drama Boys Over Flowers and the beautiful middle-aged man craze caused by the character Tae Bong-ee in Queen of Housewives have led to men taking a great interest in their bodies. This is how the notion that men, like women, also have to take care of their bodies and appearance has become accepted wisdom.

In turn, as the preferred image of Korean masculinity has become softer and more polished, refined and noble, cosmetic surgery and skincare clinics are reporting a great upsurge in interest from men.

One additional reason for this is that even though men that grew up and entered the workforce in the 1990s are now in their late-30s and early-40s, they are very different to their parents’ generation, and choose to enjoy culture and their free time more, which includes taking a greater interest in themselves.

2009 was a real year of body trends. First, there was the very popular so called “sausage look” of Girls’ Generation. Hiding nothing, the ensuing fashion of wearing extremely skinny jeans and tight t-shirts among women has sparked an intense interest by women in their S-lines.

(Update — “Sausage look” may be a mistake, as the “소시”, or “soshi”, in “소시지(Gee)룩” is also the Korean shorthand for Girls’ Generation, and the “지”, or “gee”, the name of one of their most iconic songs. So the term may mean “sausage look”, or it may mean, literally, “how Girls’ Generation looked in the Gee music video”, in which they happened to wear skinny jeans. Either way, it’s a good pun!)

Next, as a lot of interest in After School member UEE’s firm, smooth and very healthy-looking thighs emerged, the new word “honey thighs” was coined to describe thighs like them.

Another word that’s stock is rising is “Innocent Glamor.” This comes from the actress Shin Se-kyung that appeared in the MBC sitcom High Kick Through The Roof, described as the icon for women who combine a pure and innocent image with sex appeal. Considered a second Kim Hye-su also, because of her popularity she regularly appears in cellphone and cosmetics commercials.

According to “Grand Cosmetic Surgery Clinic” owner Yu Sang-ok, “in the past the symbol of top female stars was the cosmetic model, but in 2009 women like Lee Hyori, Shin Min-ah, Song Hye-gyo and Son Dam-bi have been mostly modeling jeans instead,” and “this is proof that the focus of people’s attention has moved to star’s bodies now.” 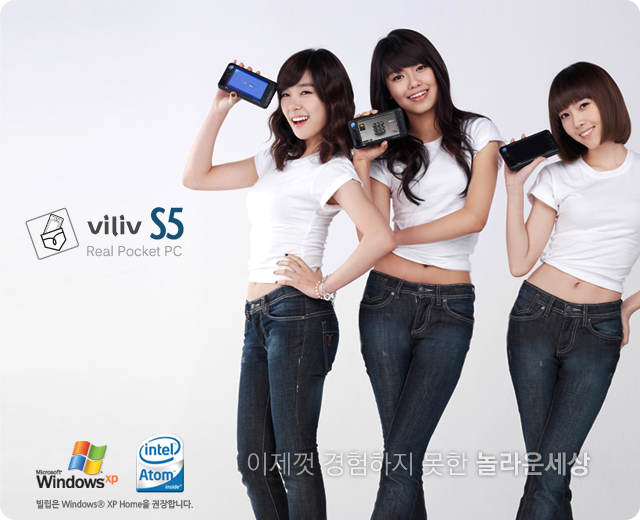 Last year, the emphasis on the V-line remained unchanged. After all, the preferred image is to have a dongan “youthful face [for one’s age],” V-line, or jakkun-olgool “small face.” And if you have a long, slender face with a V-line, people’s first impression of you will be softer and friendlier.

Hence the interest in the “Babyface” of actress Ko Hyeon-jeong, who played the character Lady Mishil in the MBC drama Queen Seon Duk, and whose acting was so good that she gave viewers goose pimples. With clear skin and glowing, firm cheeks, she has received a lot of praise for having a face as good as a baby’s.

But a babyface has been described as a “solid, 3D face.” In particular, it’s not just the volume of the cheeks on the side but also the balance with the bridge of the nose, the softness of the curves and the desirability of the forehead that make it look youthful. They look set to remain popular in 2010. (end) 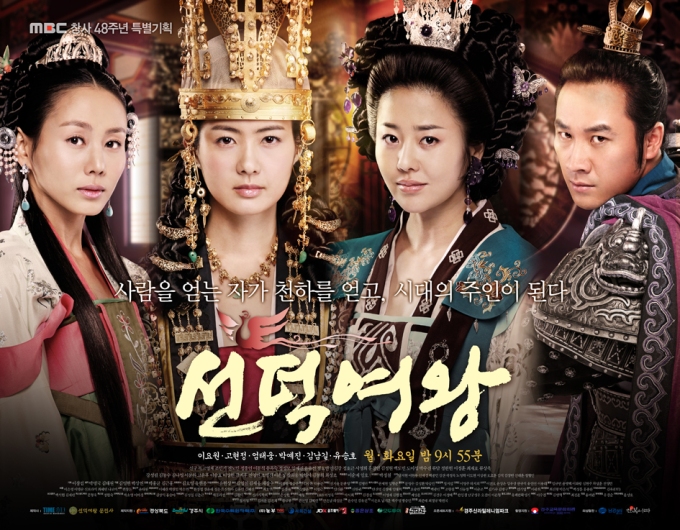 Like I said in an earlier post, I was embarrassed at not realizing how sexist the term honey thighs was when I first heard the term, but I doubt I would have if they’d been described like that instead. And continuing with the theme of  sexual discrimination, I was surprised not to see “chocolate abs” for men also; unlike the commercial that spawned it, perhaps the term itself is more 2010 vintage?

Regardless, please let me know if you can think of any others, and especially if you have alternative explanations for where any of the above ones came from!