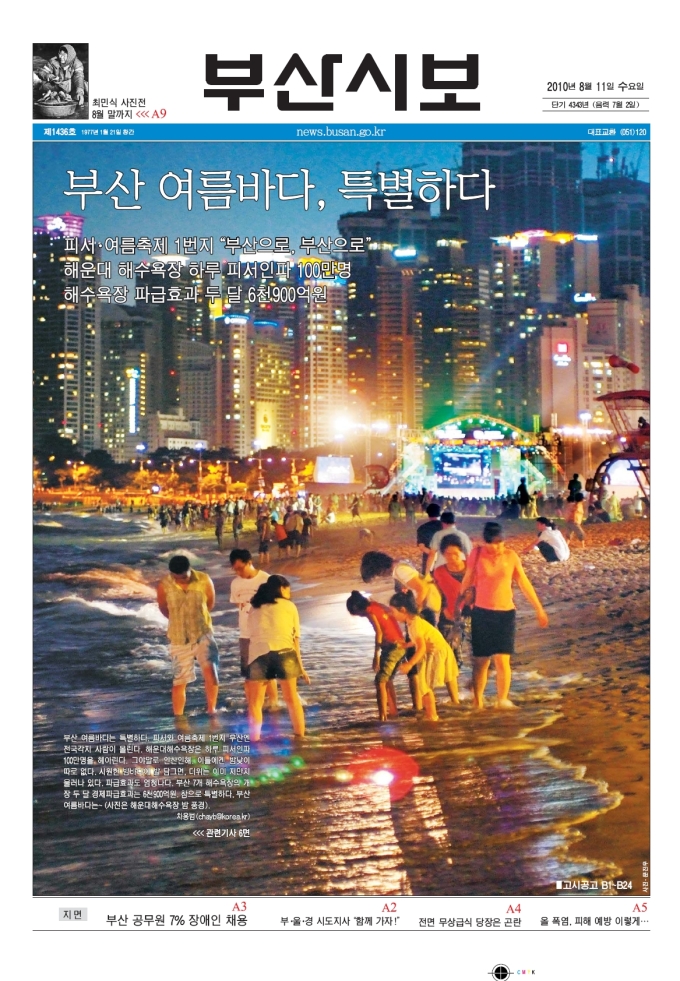 A rare perspective of Haeundae in Busan, where photographers usually focus on the often million plus people on the beach rather than all the rapid construction at its Southern end towards Gwanganli.

Indeed, probably the most affluent area of the city at the moment, as you can see as many tall apartment buildings seem to be getting crammed in there as possible. The newest ones especially loom so high over the beach that they seem to be almost overhanging it.

So much so in fact, that the very first thing the photo reminded me of was this concept art by Dutch artist Jesse Van Dijk: 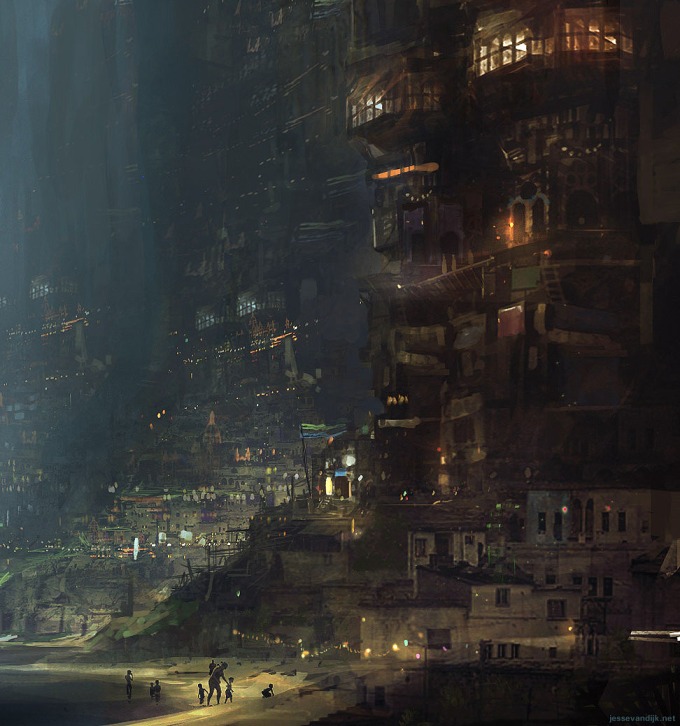 Concept art of what exactly? Probably the last thing you’d expect(!), and with 350,000 visitors to his site in 3 months because of it, you won’t be alone in being intrigued by it: see interviews at Max3D and Dark Wolf’s Fantasy Reviews for more information, and on his work in general.

Update – If you’d like to see the area in more detail, here are some stunning images of it from last March by photographer Kim Jae-ha: 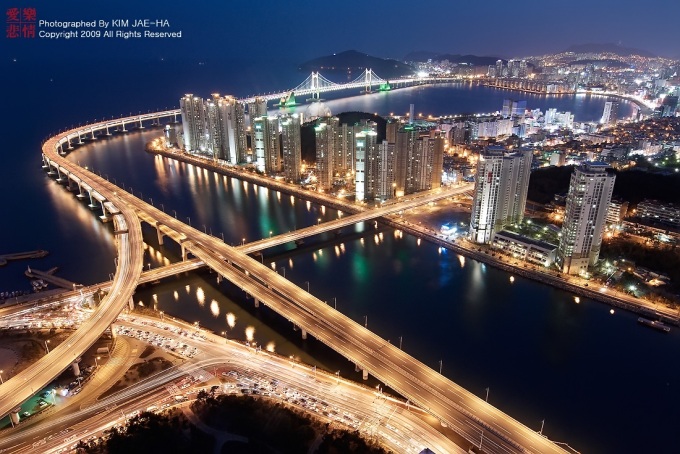 Judging by his website, unfortunately Kim no longer seems to be active. But he has changed the attribution license on his photos  since I last checked at least, so feel free to share them!