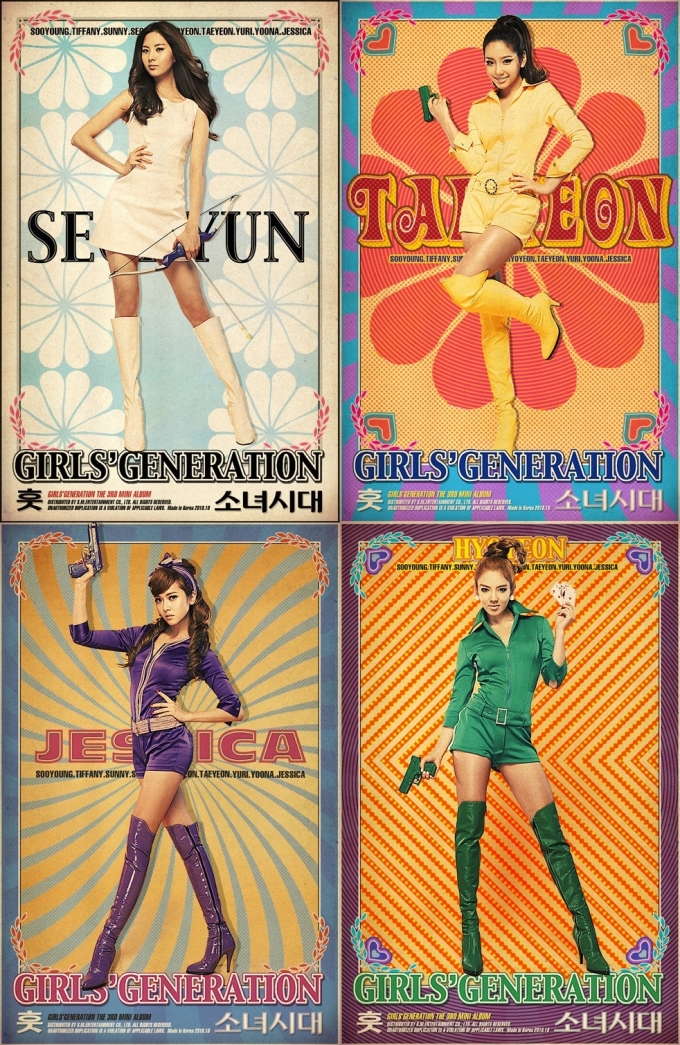 Despite everything I’ve said about Girls’ Generation (소녀시대) over the years, I’m really liking this retro look for their new mini-album Hoot (훗), to be released later this week. Heck, along with Eccentric Yoruba, I’m even liking the title track too, whereas I needed to hear DJ Areia’s trance remix before I could even begin to listen to Oh! (오!).

But I’ve actually liked Korean retro itself for a long time now, and the posters reminded me of a brief article on that from the November 2008 edition of Design Journal (디자인저널), which I thought readers may also be interested in. And in the magazine itself of course, which — although its English could be much improved as you’ll soon see — is very rare in that it has both English and Korean versions of each article, helping to open up an entire creative side of Korean life that would normally be relatively inaccessible to expats.

Alas, unfortunately I’ve just learned that there were no more issues published after July 2009. But I do hope you still enjoy the article though, and if so then you may also like the So Much Pileup blog that I subscribe to, which has examples of retro graphic design from around the world. Personally, I was hooked on it as soon as I read the following about the logotype on the right:

The way that A and the S form together as one. It’s like they’re having an incredibly intimate moment that I happened to stumble upon. Where as the r-a ligature seems a little forced. That lowercase a will undoubtedly wake up feeling used and perhaps will regret the whole experience.

And in that same spirit of turning what was once considered dull and ordinary into something fun and sexy, let me leave you with all the great examples of Korean retro mentioned below: 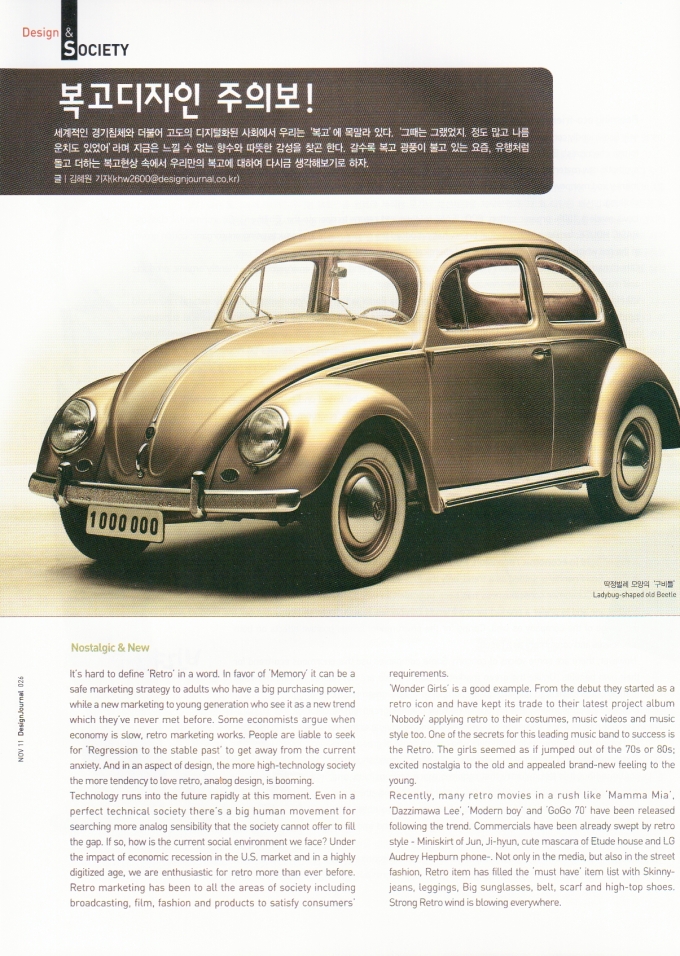 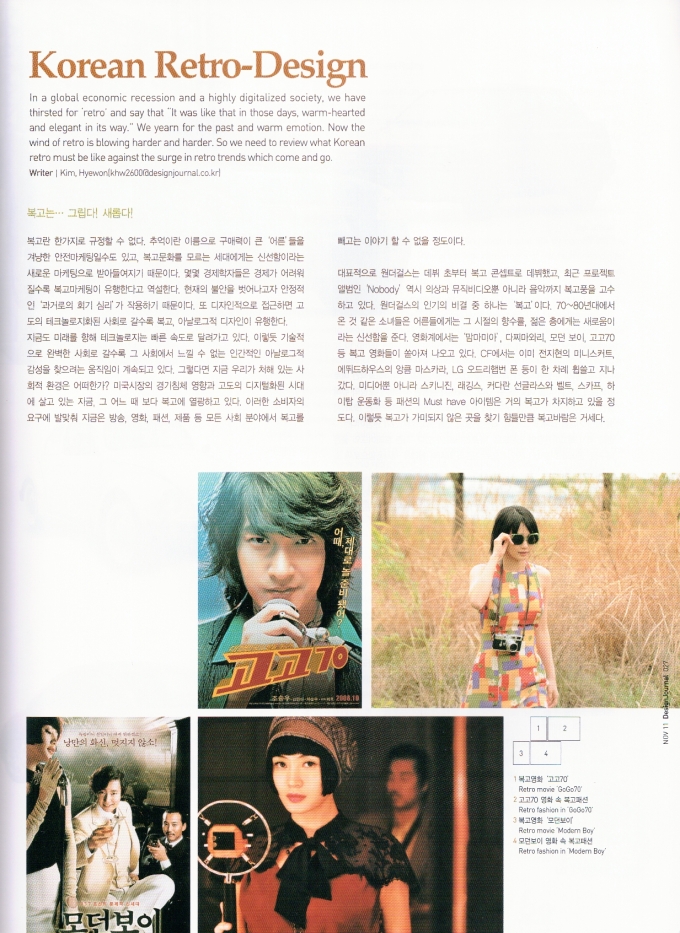 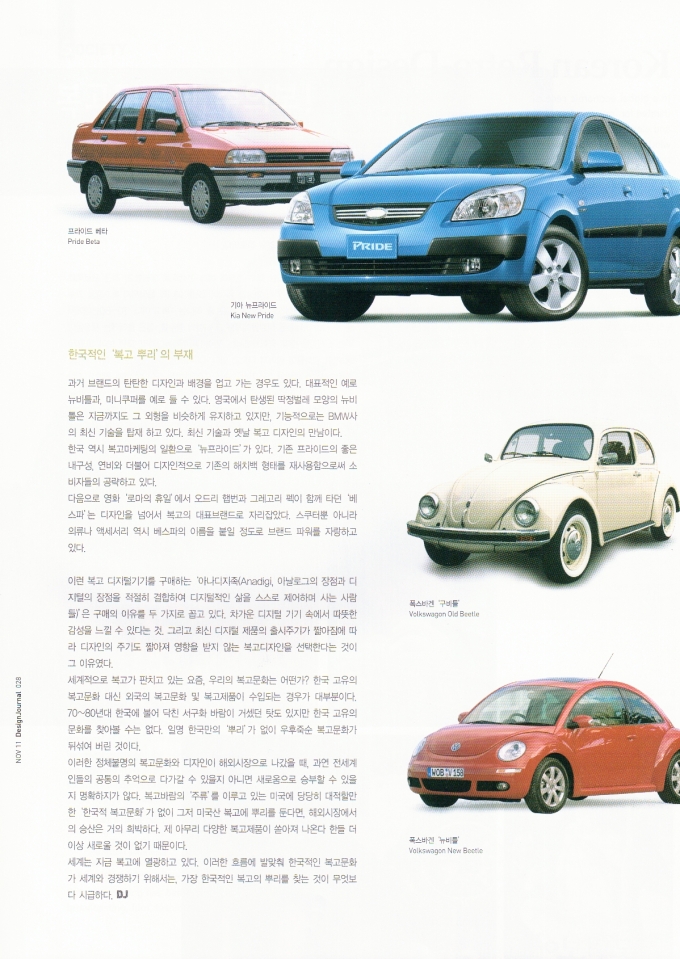 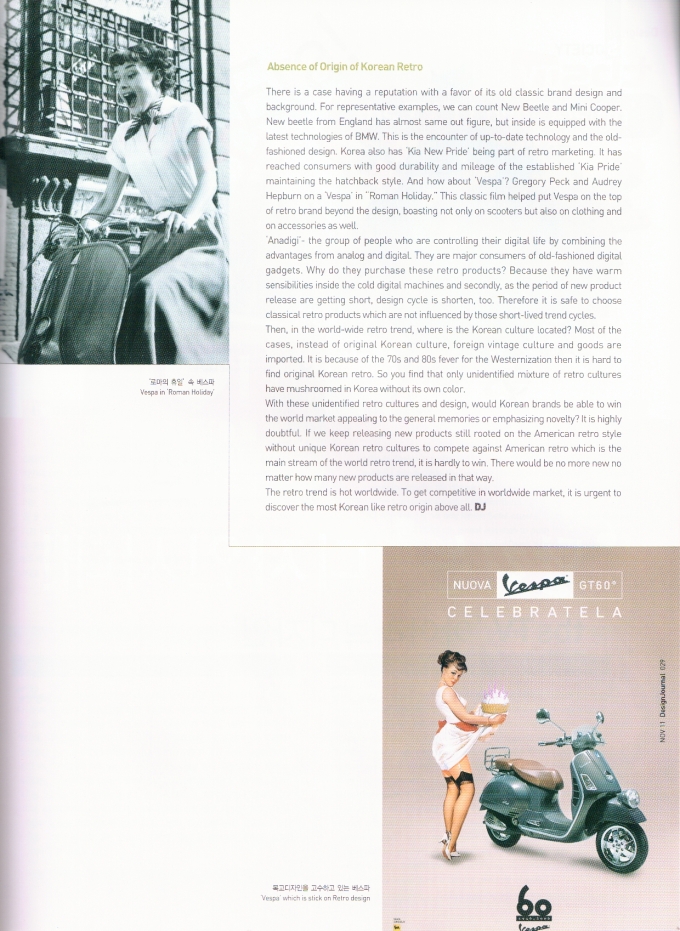 Any other aficionados out there?^^ 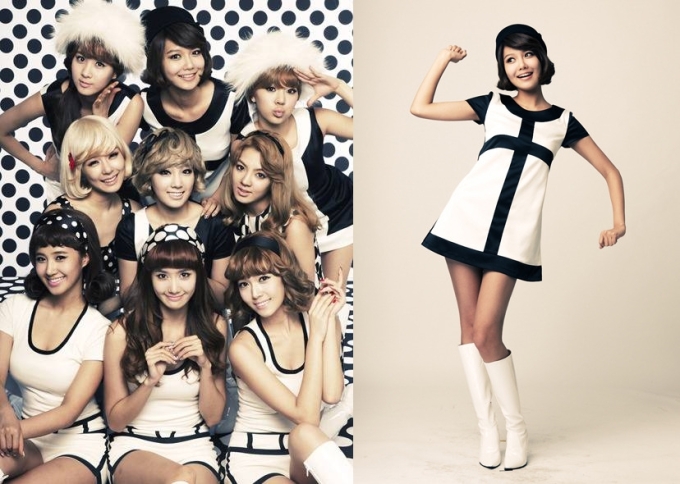 Update 2, July 2012: Here’s a post on the “fashion police” of the 1970s who would check women’s skirt lengths, which emerged in the discussion in the comments.