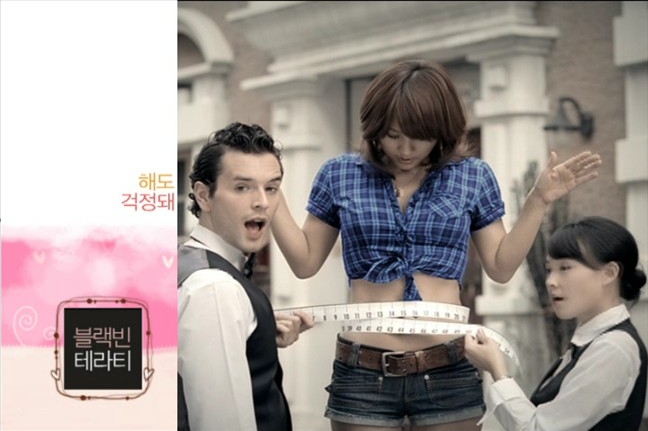 For readers’ sakes, wisely I’ve tended to avoid discussing my tastes in women’s body types on this blog. And don’t worry: I’m not going to start now.

But probably I’m deluding myself in thinking that they’re not already obvious from the images I use. Also, surely my occasional posts about hourglass figures are a dead giveaway. After all, why else would I argue that they’re universally-attractive, if not to feel smug about my own preferences?

Seriously though, while I do think there is solid evidence for that universal attraction, I’m always open to debating it, and would be the first to admit that such evidence is often misrepresented in the media. In turn, when it lacks any caveats and qualifications, at the very least it doesn’t challenge the public’s preexisting beliefs about body types. Say, those held by people in the fashion and clothing industries particularly, whose usual fashion advice for women with different body types is:

…”almost always aimed at getting women’s bodies, whatever shape they might be, to conform with the [ideal (skinny) hourglass figure]. The advice video below, sent in by Tara C. and aimed at women with “pear-shaped” bodies, does exactly this:

See Sociological Images for excerpts and commentary. And indeed, one additional way in which women are subtly(?) reminded that the hourglass figure is an ideal to be conformed to, is by altering the shape of the bottles of drinks aimed at them:

You’d think I would have noticed years ago, but then I’m afraid I don’t buy them. As for not noticing it in their advertisements however, I confess that possibly I was simply too fixated on the accompanying models’ navels to ever pay attention.

Apologies if that makes me sound crass. But unlike with Shin-se kyung (신세경) above, for some reason it genuinely took the less exposed example of f(x)’s Victoria (빅토리아) below for me to see the hourglass packaging for the first time: 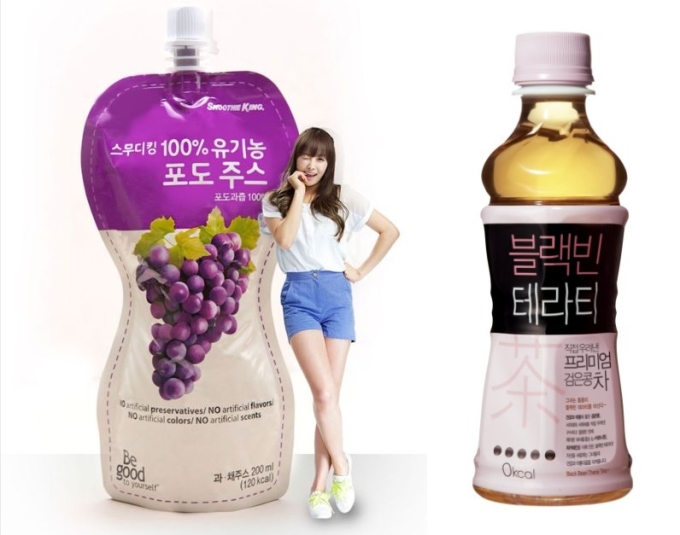 Yet once I did, then suddenly I realized that you saw it on a lot of drinks aimed at women, whether explicitly “diet” ones or otherwise. In addition to the “G2” and the grape juice for instance, to the right of Victoria there’s the “Black Bean Thera Tea” endorsed by Lee Hyori (이효리) in the opening image (discussed in detail here). Then below those: “Matcho”,  “I’m Bori”, and finally “Today’s Tea”, discussed way back in Korean Sociological Image #2. 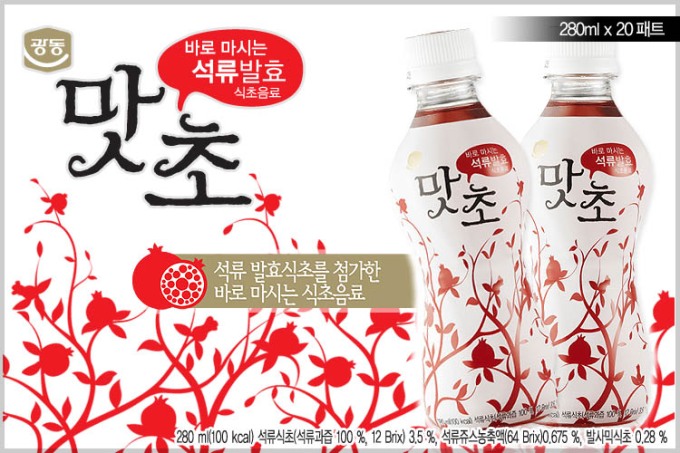 And I could certainly go on. But on the other hand, I don’t want to exaggerate the extent of the trend either.

For starters, by no means are all or even most drinks aimed at women hourglass-shaped, and indeed in this image of the drinks section of what looks like a small supermarket, actually only those aimed at children have anything that even remotely resembles an hourglass shape. Also, there is possibly just as strong or even stronger a trend to make women’s drink bottles skinny rather than any specific shape, as explained here. Finally, making bottles more masculine-shaped may make them quite impractical to hold,* whereas hourglass shapes lend themselves to it.

Given the context of how deeply gendered drink marketing is though, then I’m not entirely convinced that practical considerations provide sufficient explanation for the gender imbalance in those drinks that do have “body shaped” bottles. It seems entirely possible, for instance, to add the contours of a six-pack to drink bottles aimed at men. Yet even in the unlikely event that readers have actually come across that(?), or something like it, it would still be the exception that proves the rule.

But whatever the reasons, and whether it’s a skinny or hourglass bottle (or, indeed, a skinny hourglass bottle!), it’s definitely yet another way in which advertisers try to subtly influence our body type ideals.

Something to bear in mind next time you find yourself in the drinks section!

*It’s only tangentially related, but you may find it interesting. Back when I was doing freshman calculus (yes, I was an astronomy major before I switched to East Asian Studies), once we looked at the the problem of what shape of Coke can would use the least amount of aluminum for the greatest volume of Coke contained, which – if I remember correctly – turned out to be a can the same diameter as its height. As the lecturer explained though, cans the shape of toilet rolls don’t exactly look cool, let alone fit in the hand well! 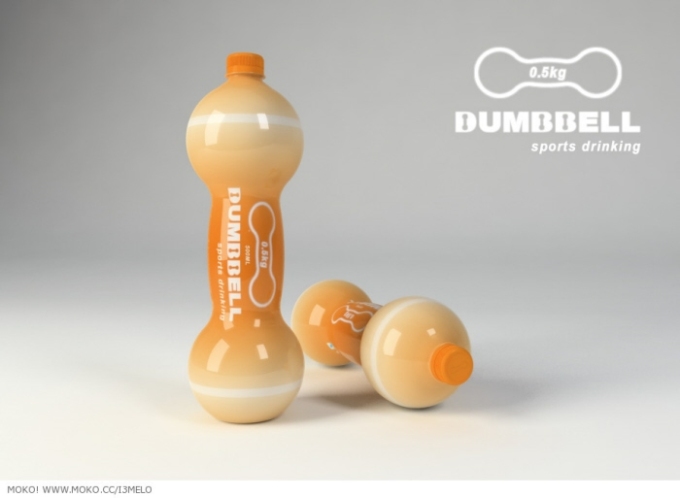