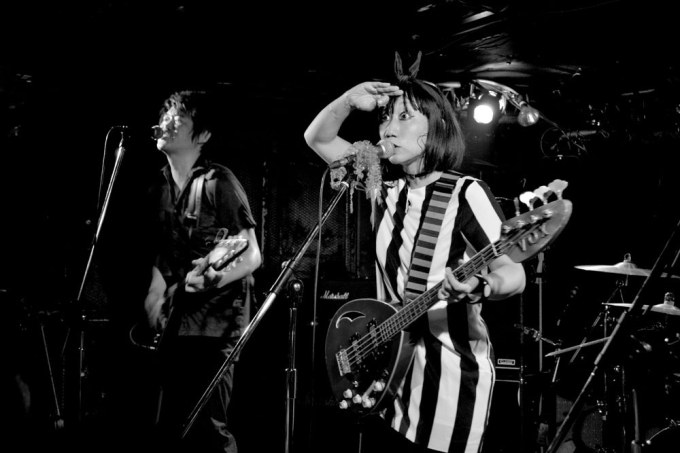 Sorry for the lack of posts everyone: I’ve been insanely busy, and still am in fact. Naturally then, I’ve just decided to make myself busier still, by signing up for the free online course “An Introduction to Japanese Subcultures” provided by FutureLearn and Keio University. Here’s a description from their welcome page, which also has an introduction video:

Subcultures have existed for a long time: the greasers of 1950s America, the mods and rockers of the 1960s and 70s in England, the grunge of the 1980s and 90s, to name a few. Each subculture sits within a broader ‘parent’ culture and can often give us an insight into cultural fears and hopes, especially in the youth of the population.

On this course you will get an introduction to Japanese subcultures that have developed since the 1970s.

Japanese subculture has been long considered as ephemeral youth culture compared to authentic traditional culture. It contains, however, subversive power which encourages younger generations to re-create the world they live in. We mainly focus on the significance of immaturity and vulnerability of youth which eventually give permission to younger people (in other words, minorities) to stay as they are.

In this course, together with three other specialists, Professor Niijima, Professor Takahashi and Professor Ohwada, we will explore girls comics, boys comics, the Hatsune Miku vocaloid, cosplay, and J-pop idols, focusing on the themes such as Love, Battle, Technology and Fan culture, in which you’ll learn about the different cultural creations that underpin Japanese subcultures. With materials for cultural analysis, you’ll develop a basic knowledge of key Japanese subcultures, learning the recognisable traits of each.

On the course you’ll discover historic background of youth culture in Japan, and understand the enormous impact of World War II.

Learn about Japanese subcultures and the youth of Japan

Finally, this course will give you a new perspective on the young people of Japan, exploring how they can be seen to elaborate the world of “immaturity” and “vulnerability.” You will see the reason these characteristics of Japanese subculture attracts “global” attentions.

This post isn’t an endorsement of course, but the course does sound interesting, and hardly demanding at 3 hours a week for 4 weeks. Please let me know if you sign up too (we can be buddies!), and/or if you’ve done any other FutureLearn courses and what you thought of them.

Meanwhile, seeing as we’re on the subject of Japan, I do very much want to give an endorsement of Cecilia D’Anastasio’s interview of Amelia Cook, about her new site Anime Feminist. Frankly, Cook’s answers really spoke to me about the work I do in Korea, and especially most recently on the male gaze, which just goes to show how universal some of the pop culture issues she addresses are—so I’m sure you’ll have lots to take away from the interview too. Make sure to check it out over at Kotaku.