Ever find yourself wondering at the logic behind some of the blurring and mosaicing on Korean television?

No, I’m not talking about that recent scene from Chuno involving a fully-clothed Lee Da-hae (이다해) I’m afraid. Rather, the proclivity with which Korean broadcasters will disguise the logos of products visible in television programs. Indeed, it’s so taken for granted here that frankly I’ve had trouble finding examples (without simply watching television and waiting for something to pop up that is).

The reason is to prevent indirect advertising, known as ganjeob gwango (간집 광고) in Korean and PPL (Product Placement, or Embedded Marketing) in the industry. But it is usually ineffective, the blurring in the following segment from the talk-show Giboon Joeunnal (기분좋은날) for instance, or A Day That Feels Good, providing little impediment to this Korean blogger in identifying the brand-name and model of the baby monitor and recommending it to her readers (update: see here for a video that provides a collage of much better examples): 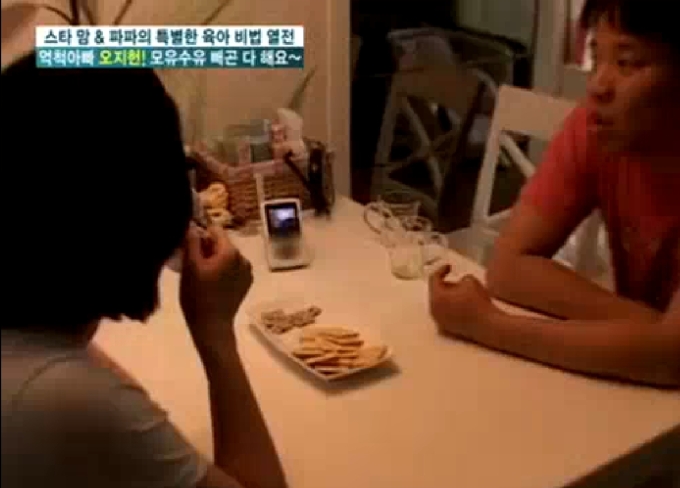 Instead of cases like those though, the majority of articles on the subject discuss deliberate, unedited PPL instead, such as this case with the Bon Bibimbap food chain in the drama City Hall (시티홀), this case with actor Jang Hyuk (장혁) and various Canon cameras in an unidentified drama and film below, and especially a recent episode of the comedy show Paemilli-ga Ddottda (패밀리가 떴다), or Family Outing, in which some Nepa (네파) outdoor clothes were used (see here, here, and here). 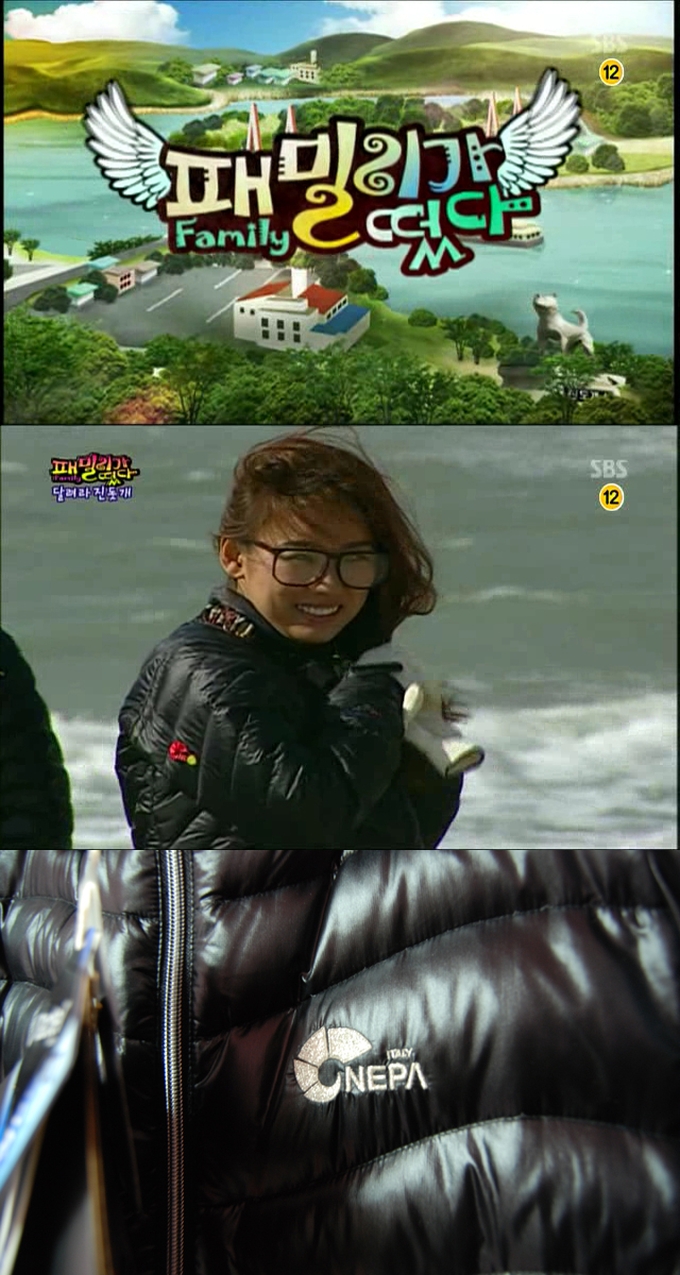 At the end of that last link, the laws regarding PPL are mentioned, the gist of which is that it should not: influence the content or story of the program; be the focus of viewers’ attentions; be mentioned by anyone in the program; and finally, that the program should not persuade you to buy the product in any way. While all sound reasonable however, they are also very open to interpretation, and Korean broadcasters frequently receive warnings or fines from the Korean Broadcasting Communications Committee for falling afoul of them.

Adding even further confusion to the mix, since 2006 PPL of specifically Korean products has been increasingly encouraged as a means to capitalize on the success of the Korean Wave abroad, one recent example being Kia Motor’s deal to provide cars and other paraphernalia for the hugely popular drama IRIS.

Given that context, then broadcasters’ decisions to ban singer J.ae’s (제이) new album from the airwaves simply because of the lyrics of some songs seems particularly hypocritical:

Returning to the music business after three long years must not be as easy as she thought. J.ae’s new special album, “Sentimental,” was ruled unfit for broadcasting by KBS and SBS. MBC is currently reviewing the song to announce the result next week. Broadcasting review panels at the leading national networks said that the lyrics of the title song “No.5” contained direct references to commercial brand names, like Chanel and McDonalds. Network stations are concerned that naming certain brands could cause debates over indirect advertising.

“No. 5” was written by Lee Ji-rin of the indie band Humming Urban Stereo, who was inspired to write a song after seeing an ad about Chanel No.5 perfume on a bus. The song may have succeeded in grabbing the interest of listeners with its unique lyrics, but could not escape from the criticism of indirect advertisement. Jae’s agency said that it’s most unfortunate that her year’s work failed to meet the industry standards, but it will apply for another review after changing some parts of the lyrics. J.ae’s latest album will be out on the market on February 10th. (Source: KBS Global, via Omona They Didn’t)

One wonders what they made of Aqua’s Barbie Girl back in 1997?

For those of you further interested in J.ae herself, you can read two interviews of her (conducted before the banning) here, and listen to one of the problematic songs No. 5 here (source right: unknown).

Meanwhile, unfortunately this is by no means the first time that artists’ songs have been banned in Korea simply because their lyrics could be construed as PPL, a case involving Epik High (에픽하이) back in April showing that even indirect mention of the artists’ own website can be considered problematic. Moreover, against the argument that both cases are merely inane but innocuous, they do add to the essential arbitrariness of censorship in Korea, English song lyrics acceptable on 1950s American television banned because they could sound vaguely sexual to non native speakers for instance (see #2 here), and accordingly it doesn’t take a great leap of imagination to imagine a time when censors will ultimately use PPL as a convenient excuse to ban a disagreeable but otherwise completely legal cultural product.

Or perhaps they already have? If you know of any previous cases of banning based on PPL, then please pass them on, whether the PPL was used as a ruse or otherwise!