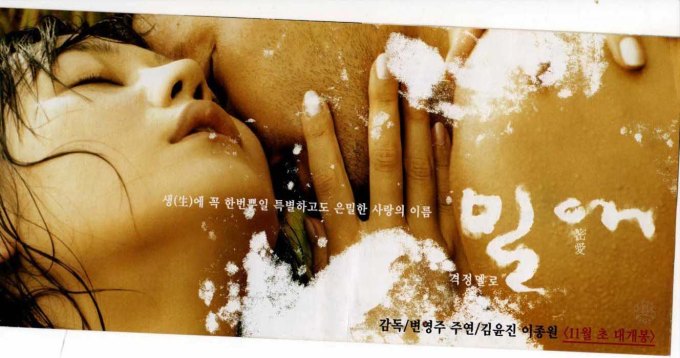 If you’ve been following my recent discussions on why Koreans generally live at home until marriage, then you’ll have noticed that one gap in those were the ubiquitous love-hotels (러브호텔) that were the obvious corollary of that arrangement, and which would probably have been more interesting topics than demographic data on Korean household types and student loans too. In my defense though, I already covered premarital sex and cohabitation and their relation to Korean capitalism (yes, really) in lengthy posts back in 2007, and besides which love hotels are not only or probably even primarily used by young unmarried couples. The numbers of hotels that are in the middle of the countryside for instance, relatively devoid of that age group, and accessible only after quite some driving, testify to the fact that they are also host to just as many adulterous trysts in practice.

But that the latter occurs doesn’t mean that grown children, parents and even grandparents all under one roof can’t both be faithful to their partners and spouses and still chafe at the lack of space and privacy, and so need to get away for a few hours occasionally. Which is why although I might still balk at opening one next to an elementary school myself, I’m all for love hotels, and see no reason to pretend that both the need and the demand don’t both exist in droves. Hence I’m very interested in reading about the development of both in Ed Jacob’s new book Love Hotels: An Inside Look at Japan’s Sexual Playgrounds

, which editor-in-chief James provides a quick review of over at the ironically-titled Japan Probe blog. History-cum-practical guide, I’d be surprised if the general course of events described in the book wasn’t closely paralleled in Korea too, albeit perhaps with a gap of ten to fifteen years as it reached the same level of economic development.

Unfortunately there the similarities probably end, for in a social environment where women are so concerned about their virginal reputation that they rely on men for contraception (lest a proactive attitude reveal their experience), and in which one of the largest prostitution industries in the world exists and is openly advertised despite periodic crackdowns and extensive legislation banning it (see here also) too, then in Korea love hotels and what occurs in them are like dogs loudly mating in the corner of the garden: an inescapable but otherwise seedy, unspoken part of life that is preferably hidden away from polite society.

In other words, the polar opposite of their hygienic and matter-of-fact Japanese counterparts. The hotels that is, not the dogs.

But having said that, it’s (naturally) been many years since I’ve visited a hotel myself, my daughters and meager family budget preventing much traveling these days.  So, in lieu of more fieldwork on my part, I’d be interested to hear if Korean love hotels are really still as bad as my experience of them in before I was married, when I used to stay in them with my then-girlfriend now-wife while traveling all over Korea. Sigh…