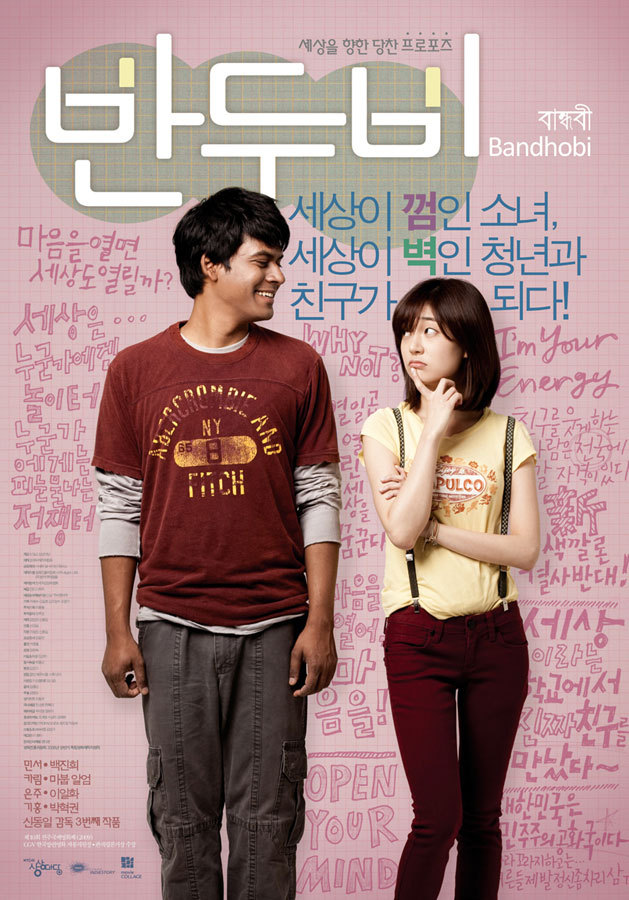 Well, it certainly sounds like it will be, although I admit I have some reservations about Bandhobi‘s (반두비) “crude political satire,” and especially of its portrayal of an American English teacher as an “occasional rotten apple.” Given that it otherwise aims to transcend and/or educate viewers about such issues as racism, illegal immigration, and possibly even teenage sexuality, then it would be both ironic and quite a pity if it resorted to gross stereotypes of foreign male English teachers in the process.

(In passing, as I probably won’t get to mention them otherwise then reviews of the book “The East, The West, and Sex” by Richard Bernstein here, here, here, and here may help to put those stereotypes in comparative perspective, and are interesting in their own rights)

Still, Korea Times’s movie critic Lee Hyo-won, whose excellent movie reviews I’ve sung the praises of before, has easily persuaded me to go and watch it this weekend. Here is her(?) full review below:

It’s a story about growing pains and the meeting point of different cultures _ the title “Bandohbi” roughly means “female friend” in Bengali. It’s an indie flick that, while comfortably feigning mainstream superficiality, is inlaid with some gem-like scenes that show why Shim was dubbed “the Korean Woody Allen” (Berlin International Film Festival, “Host & Guest,” 2005).

Teenage actress Bae Jin-hui portrays the cheeky 17-year-old Min-seo with sure-fire articulation. One of the thousands of girls who took part in political candlelit vigils, Min-seo relentlessly speaks her mind at home – “you’re just my mom’s sex partner,” she shouts at her single mother’s incompetent boyfriend (Here, the film could have made the man despicable and turned it into something more noir, but he truly wants to get a job and become part of the family).

But she isn’t entirely the hardball rebel she pretends be. Not wanting to be a burden, she even takes up an illicit part-time job to raise money for English lessons.

One day, she decides to treat herself to the spoils of a misplaced wallet, but is caught by the owner, a migrant worker from Bangladesh. Mahbub Alam, a migrant worker-turned-documentary filmmaker who played a minor part in Shin’s “My Friend & His Wife,” shows off his fluent Korean to play the 29-year-old intellectual struggling to support his family back home.

Update: It turns out that Matt at Gusts of Popular Feeling actually knows Mahbub Alam. See here for a little more on his work with the Migrant Workers’ Union and with Migrant Workers’ Television.

Min-seo tries to dissuade Karim from reporting her to the police by offering to grant him a favor, and reluctantly agrees to help track down his former boss that owes one year’s pay. As the unlikely pair pose as loan sharks, they find themselves transforming each other’s worlds in unexpected ways but Karim’s visa will not last forever. 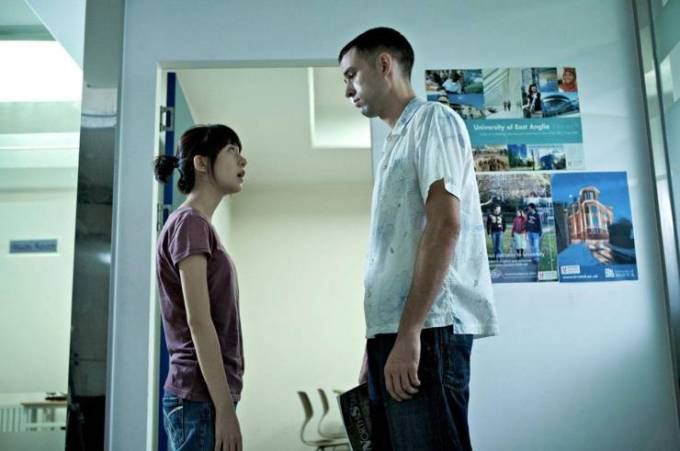 The sometimes-shaky handheld camera keeps a rather ironic distance from the characters; for Min-seo, the world is a piece of cake while for Karim it is a cruel battlefield. They slowly form a mutual understanding, with the girl asking indiscreet questions and the gentleman preaching about problems in Korean society. Yet the most affecting scenes do not involve words, but rather the simple act of crying, listening and eating.

The blatant mockery of traditionally right-wing institutions including the President Lee Myung-bak administration and the daily Chosun Ilbo are actually funny, but at times are not limited to character portrayal as they ought to, and are rather vulgarly laid into the mise en scene. Another questionable aspect of the film, which aims to highlight the foreign community in Korea, is that the American teacher was not convincing as the occasional rotten apple he was supposed to represent, let alone his “atypical” American English accent.

The crude political satire will throw some into fits of laughter while offending others, and contrived narrative elements are bound to irritate picky viewers. But just as the film’s hero Karim says, “open your mind,” and discover the film’s redeeming – and inspiring – qualities. 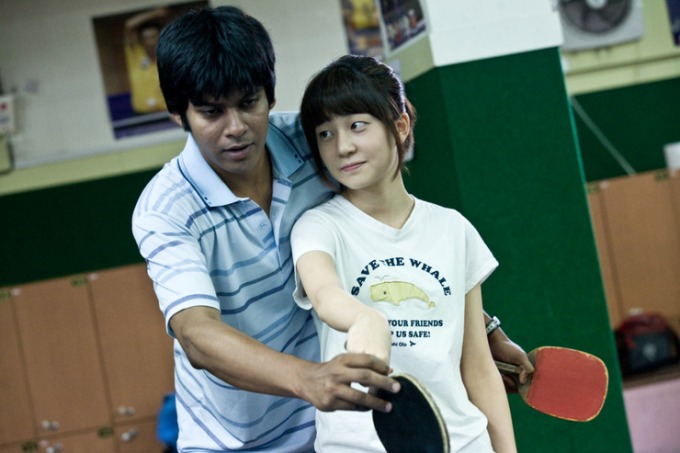 It is unfortunate that the film, which could nevertheless reach out to teenagers, was rated 19 and over for some candid depictions of a girl’s sexual awakening. In theaters June 25. Distributed by Indiestory.

Moviegoers can also look forward to the Migrant Worker Film Festival, of which Allum is festival director. It will be held in July in Seoul and through September in other parts of the country. Visit www.mwff.or.kr.

I’m assuming that that “sexual awakening” involves Min-seo becoming attracted to Karim, and if so it would be quite radical for a Korean movie, as I’m at a loss to think of any portrayals of romantic relationships between Korean women and Western men in Korean cinema, let alone with men from an ‘undesirable’ country like Bangladesh (can anyone fill me in please?). Given everything that I’ve written about teenage sexuality in Korea though – in short, that Korean teenagers are having sex, but the Korean public’s unwillingness to acknowledge this is severely restricting teenagers’ access to contraception and reliable information – then that rating is indeed a pity. But on the plus side, presumably Korean teenagers will be able to find a way to watch it nevertheless, and the restrictions will make them even more inclined to do so!

35 thoughts on “Bandhobi: The Most Interesting Korean Movie You’ll See This Year”