A handy riposte to anyone who claims that feminism is unnecessary in Korea, by Ibagua Kihanovief. Make sure to check out her Twitter, her Instagram, and especially her TikTok for many more Korean feminism-related videos like it.

The least I could do is translate it [with added links and a little extra context by myself!]: 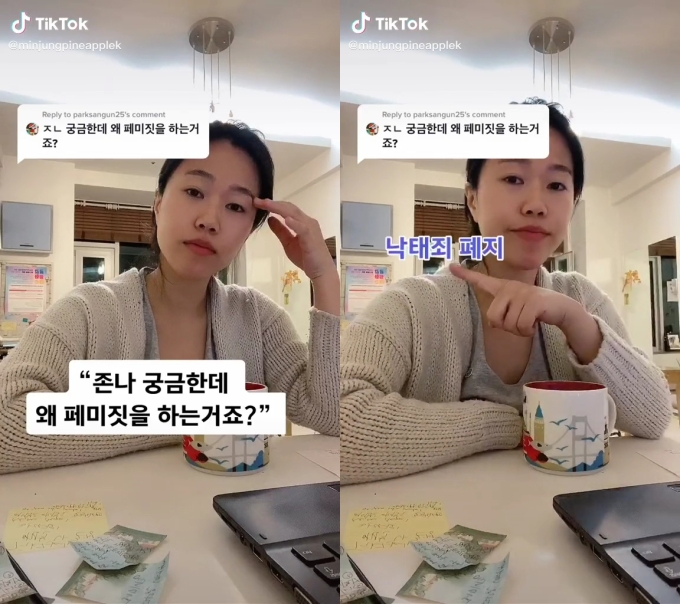 “I’m very curious, why are you doing feminist stuff?”

“[For] The decriminalization of abortion.”

“[Because of] The Nth Room on the dark web.”

“[Because] Seungri still hasn’t been arrested for providing sex workers [for investors] in the Burning Sun Scandal.”

“[Because] Hidden cameras were found in the women’s toilets of the KBS building [let alone in just about every other public toilet in Korea].”

“Teachers with Me-too allegations against them are still teaching.”

“Seoul Mayor Park Won-soon and Busan Mayor Oh Keo-don took advantage of their power to commit sexual assault.” [James—I hate to split hairs, but technically both were only accused of sexual harassment.] 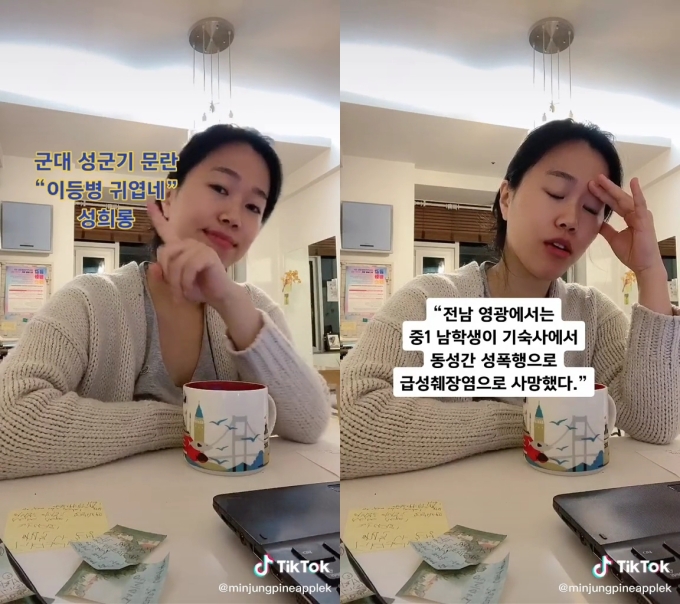 “[A culture of] excessive sexual harassment [and abuse] in the military. ‘Oh, you’re very cute Private!'”

“In Yeonggwang County in Jeollanam-do, a male student in the first grade of middle school died of acute pancreatitis after being [repeatedly] sexually assaulted by four other teens in their shared dormitory.”

“In Daejeon in 2017, a female high school student took her own life after being ostracized for coming out as a lesbian.”

Meanwhile, sorry for the long break since last posting; last month, my department went back to teaching 100% offline, and it feels like I’ve been doing nothing but working on my classes, editing, translating, and admin ever since. But the end of the semester is now in sight, and I’ve really been itching to write here. I aim to post at least weekly from now on, and hope to complete at least one more long post in either my “‘Asian’ and ‘Western’ Women’s Bodies” or “Finding the Female Queer Gaze” series by the end of the year, or hopefully both.

See you next week!