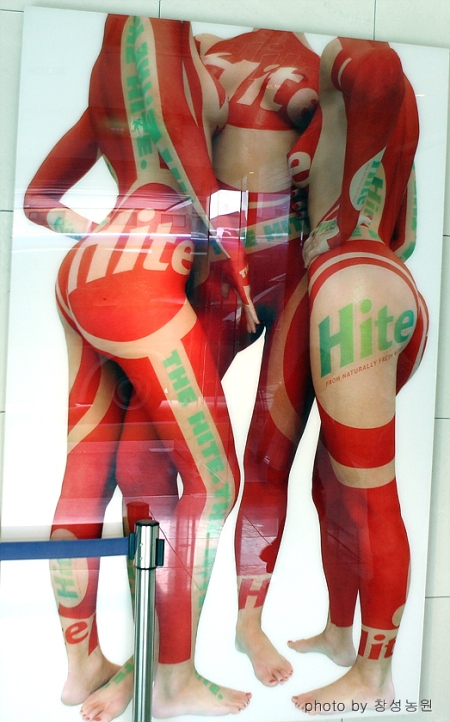 Having waxed lyrical about his work back in May, then it would be selfish of me not to share these new pictures of bodypainting artist Kim Joon’s (김준) that I happened to come across recently. Unfortunately though, they come from the lobby of the Jeonju Hite Beer factory (“전주에 있는 하이트 맥주 공장을 견학 하면서 바디 페인팅 광고가 눈에 들어와서”) rather than from a new exhibition, although on the bright side that opens the possibility that managers of Korean Starbucks branches might get similarly moved by the Starbucks version of his “branded” works.

I am still very interested in seeing an exhibition of his for myself though, but given that even Kim Joon’s own website doesn’t mention upcoming ones then it can be very hard to find any information about them in advance. And so I apologize, for after a little digging I learned that by complete coincidence a few new pieces of his work were actually being displayed in Daegu at about the time this photo was taken, as part of a wider exhibition entitled “From the Roots to the Being Now” (근원으로부터 현제까지), but unfortunately that finished two weeks ago.

By way of compensation then, let me direct you to the 2008 page of his website, where he does seem to have added several new images since I wrote that first post, and there are many more on the website of the Boxart Gallery in Verona, Italy, where there was an exhibition of his work in June and July. On top of that, here’s a 52 page PDF catalog of much of his work available as a zip file, here’s a description of the exhibition, below is 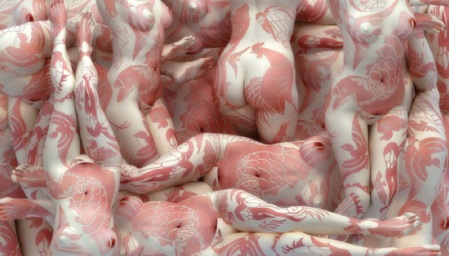 yet one more recent work (source), and finally here’s a surreal 3D video of his from 2004 too, which I confess I don’t care for myself, but which will still probably be the strangest thing you and I will ever see while listening to what seems to be chanting from a Korean Buddhist temple.

Am I forgiven?^^ Seriously though, if any readers do ever hear about any upcoming exhibitions of his in Korea then please pass on the details, for considering how many there have been overseas just in the past year then his domestic appearances must be quite rare unfortunately.

Back in July, I wrote a lengthy post* on the reasons behind and implications for Korean society of the high numbers of “weekend couples” (주말부부) and “lonely geese fathers” (외기러기) here, the latter generally referring to fathers who remain in Korea to work while their families live overseas for the sake of the children’s eduction. Back then, no statistics on the numbers of either seemed to be 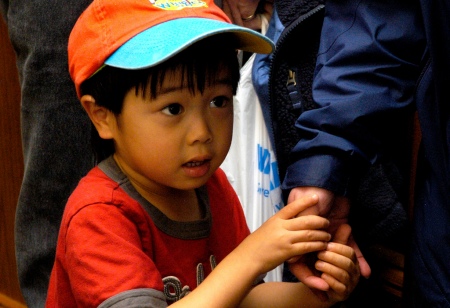 available, so I speculated that the combination of both meant that a total of perhaps one in fifteen to one in ten Korean teenagers lived in a different city to their father most of the time (source, left: James Kim; CC BY-SA 2.0).

But it turns out that perhaps I underestimated that number: according to this recent survey of single women, effectively teenagers in this particular sense, for Koreans tend to live at home until marriage (although this is more for economic rather than the cultural reasons usually cited: see here and here), as many as one in eight Korean families have “at least one immediate family member living apart from the rest”. True, on the one hand that figure will include also university students living away from home, but then they are not common as I explain in those two posts linked to above, and on the other it wouldn’t contain the “international” lonely goose fathers I mention above either, so ultimately I’d wager that 90% or more of those one in eight immediate family members referred to would indeed be fathers working in different cities during the week.

There are some other interesting points made in that survey, but as it doesn’t mention the numbers and methodology (par for the course for most Korean newspapers unfortunately), then I’d take them with a grain of salt. But I think that the figures for geese families would be pretty consistent whatever the sample size.

On Wednesday, apparently someone over at Naver listened to my recent request for pictures of interesting juxtapositions featuring observers of Korean advertisements, and chose this as the photo of the day. True, not exactly what I wanted, but it’s a good start.

If anyone wants me to translate the three(!) paragraphs accompanying the photo, just give me a buzz. Actually, I’m a little curious myself as to what the judge found to write about it, but unfortunately I have a screaming daughter and baby to deal with as I type this (story of my life these days). With the five minutes spare that I did have though, I learned that the model’s name is Jessica Stam (제시카 스탐), and that Solezia (쏠레지아) is a Korean company (I think). Here’s a larger version of the original advertisement too: 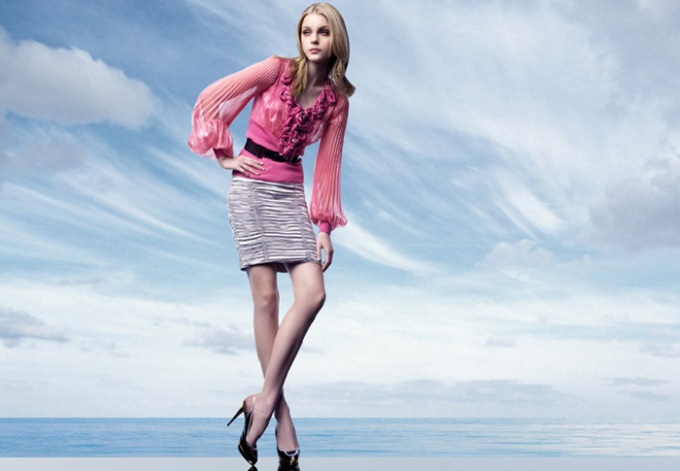 Of course, you could argue that Jessica Stam doesn’t quite look gaunt enough there, much more so than in real life, but fortunately Solezia knew where to draw the line on good taste and healthy body images of women.