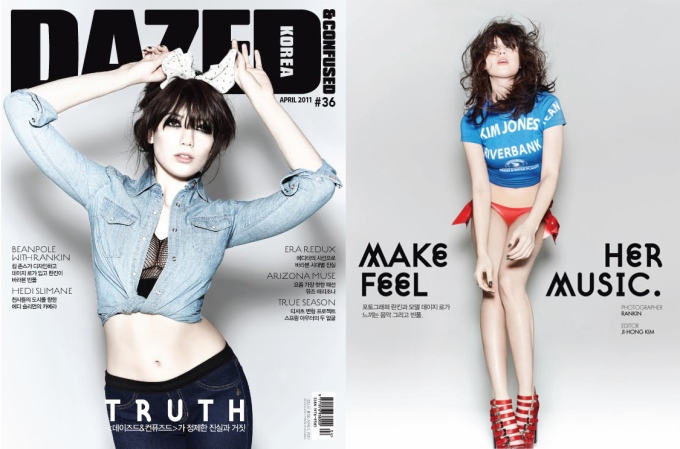 1) Because one can never talk too much about Playboy…

Admittedly it’s only tangentially related to Korea, but then Playboy bunny ears were very popular with Korean women last summer, and then in January you also had American film critic Roger Ebert criticizing Korean groups for not really understanding all the Playboy references they were using. So, it was really interesting to hear just this podcast from the British sociology program Thinking Allowed (previously mentioned here), which in its own words says:

Carrie Pitzulo, the author of a new history of Playboy claims it has “a surprisingly strong record of support for women’s rights and the modernisation of sexual and gender roles”. Are Bunny Girls and Playmates of the Month really allies of the feminist cause? [Host] Laurie is joined by the author Carrie Pitzulo and the sociologist Angela McRobbie to discuss the secret and surprises of the bunny brand.

Continuing with the tangents, I’ve ironically become much more interested in Western pop-culture since presenting at the Korean Pop Culture Conference 2011 in LA last month, and so on Gord Sellar’s recommendation have just ordered Strange Days Indeed: The Golden Age of Paranoia by Francis Wheen, on “general culture across the Anglophone world in the 1970s”. To any 30-somethings like myself especially, who were too young to really know anything about that decade, it sounds like riveting reading (and it would be good to hear our parents’ takes on it too).

2) The pitfalls of being pregnant in Korea

Any other “Western” women with Korean husbands get stared at by old men? More so than before they were pregnant that is? Shotgun Korea is about to explode, in more ways than one!^^

Update: Shotgun Korea also has a post on a strange virus that seems to be killing pregnant women in Korea.

(Source: Sinfest, one of my favorite comics. Hope that was okay!)

3) Funny or offensive? Sports show asks why Korean women are good at golf

Judge for yourself at CNNgo. Not being a golf fan, then normally I wouldn’t pay much attention to this sort of thing, but Rachael Miyung Joo of Middlebury College piqued my interest in them with her presentation Traveling Ladies: Korean Female Athletes and Global Korea at the Korean Popular Culture conference. A quick excerpt from the abstract:

…Within the context of U.S. nationalist discourses, Korean female athletes exist as a “yellow peril” threat to the elite white traditions of professional golf. The extraordinary growth of Korean and Korean Americans within the Ladies Professional Golf Association have produced racist responses to Korean golfers including an attempt to institute an English Only policy in the league. Nevertheless, the LPGA has grown due to the celebrity of Korean golfers, and their impact on the growth of the LPGA has translated into policies that work to get all female golfers to emphasize female charm for the pleasure of male fans. Furthermore, hypersexualized Korean female golfers work to assuage anxieties around lesbianism in professional women’s sport…

Read the rest here. Unfortunately there’s not much information about it, but I’m also looking forward to her book Transnational Sport: Gender, Athletes, and the Making of Global Korea that’s coming out sometime this year.

Or rather, the news that Girl’s Day (걸스데이) recently performed in costumes so high that their panties were exposed could easily have been the next post in that series (one member only turns 17 tomorrow). But I don’t really have anything to add to what Michael Hurt says at Yahae! about it except to say that, unfortunately, I feel somewhat vindicated by it(!):

…this is a bridge too far. The skirts have now come up above the panties. I mean, I know that competition from the many girl groups that now exist must force some serious marketing decisions such as the one to make underage girls truss around in skirts that don’t cover their jibblies, but you gotta draw a line somewhere!

See Part 2 for more on the issues raised by performers dancing and/or dressing in sexual ways when the age of consent is as low as 13. 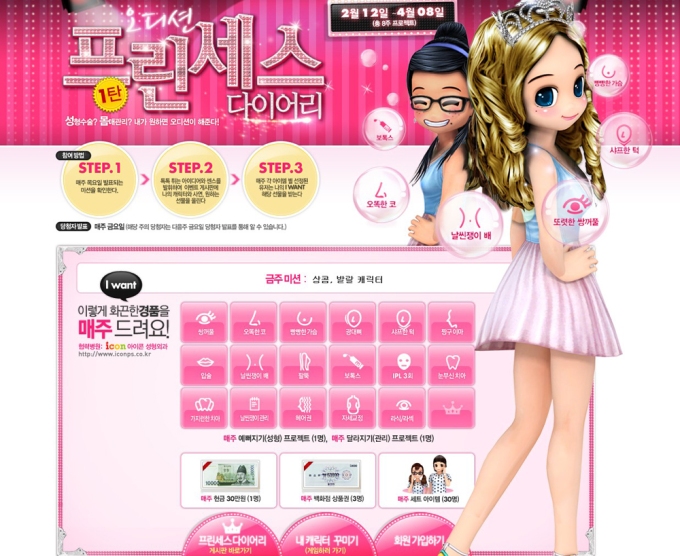 Is it also your experience that you just can’t win? See On Becoming a Good Korean (Feminist) Wife for a long and thoughtful post on the subject.

Related, see Sociological Images for the self-explanatory recent post “Race and the Problems of Measuring Beauty Objectively“, and you may also like the “Ethnic Comparisons” section of the Feminine Beauty site (NSFW).

See Koreabridge for the details. Also, while I’m always prepared to give the police the benefit of the doubt considering how the Korean media will simply make up stories about their incompetence, they do indeed seem to have acted extremely unprofessionally in their handling of this case.

…is no picnic for women, who tend to be lower on the totem-pole, but it’s important to remember that it can be pretty bad for men too.  See these posts by I’m No Picasso and New Yorker in Seoul for some first-hand experiences.

Usually I’m loathe to quote entire posts, but then everyone on Tumblr is doing it so I can too. Here then, are some very wise words from American actress Tina Fey (found via Hot Yellow Fellows):

But I think the first real change in women’s body image came when J.Lo turned it butt-style. That was the first time that having a large-scale situation in the back was part of mainstream American beauty. Girls wanted butts now. Men were free to admit that they had always enjoyed them. And then, what felt like moments later, boom—Beyoncé brought the leg meat. A back porch and thick muscular legs were now widely admired. And from that day forward, women embraced their diversity and realized that all shapes and sizes are beautiful. Ah ha ha. No. I’m totally messing with you. All Beyonce and J.Lo have done is add to the laundry list of attributes women must have to qualify as beautiful. Now every girl is expected to have Caucasian blue eyes, full Spanish lips, a classic button nose, hairless Asian skin with a California tan, a Jamaican dance hall ass, long Swedish legs, small Japanese feet, the abs of a lesbian gym owner, the hips of a nine-year-old boy, the arms of Michelle Obama, and doll tits.

Much the same can be said of Korean women of course, but with an important possible exception:  the doll-tits. Not because Korean women tend to be less busty than their Western counterparts though, but rather because there seems to be a genuine taboo against breast exposure which even the Korean media is wary of. Lest that sound simply absurd however, then consider the case of G.Na (지나), whose – to put it bluntly – most marketable assets seem strangely underplayed by the otherwise extremely exploitative and objectifying Korean music industry. 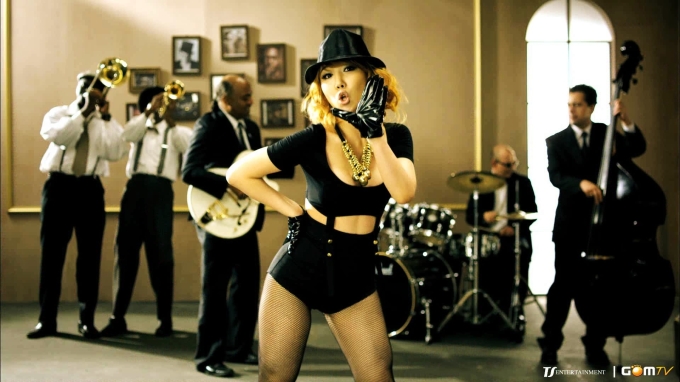 As it turns out, that was a mistranslation of the original Korean – “청순과 귀여움은 물론 섹시미와 파워풀한 댄스를 모두 겸비한 시크릿은 일본 시장에서도 충분히 통할 수 있다는 전망이다” – by Koreaboo, and something like “They’lll show off an innocent and cute image of course, but combine it with sexiness and powerful dancing” would be much more accurate. But the Korean media does indeed say such things all the time, which speaks volumes about how female sexuality is presented by Korean girl-groups, and of course the sentance still remains a bit of an oxymoron (but kudos to Koreaboo for at least providing a link to the original article to check, unlike – grrr – allkpop).

For more on that, see, well, just about all of this blog(!), but if you’re after something more specific then this and this recent post at SeoulBeats are good introductions (and for some background to the latter, see here).

Even if I’m No Picasso hadn’t *cough* praised this blog in it, I’d still describe this as one of the best posts I’ve ever read on the subject (or technically speaking, English discussions of the subject). And it behooves me to say that I have certainly been (and probably still occasionally am) guilty of discussing Korean women, feminism, and/or gender issues through an overly generalizing, patronizing, and – for want of a better word – Orientalist lens, and so this post of hers will seriously provide a checklist for me for maybe years to come! (And Roboseyo’s post on “Mansplaining” is very helpful too).