If so, then let me direct you to an interview I gave last week for Deutschlandradio, on the economic factors behind the sexualization of minors in K-pop (I’m on at about 3:05).

Meanwhile, English speakers never fear(!), for I should have a newspaper article on the same subject coming out either this week or the next. And Part 2 of my translation of the “What did Depraved Oppas do to Girls’ Generation” article will be up tomorrow.

Update – With special thanks to Curtis for translating it, here is the short article that accompanied the radio report: 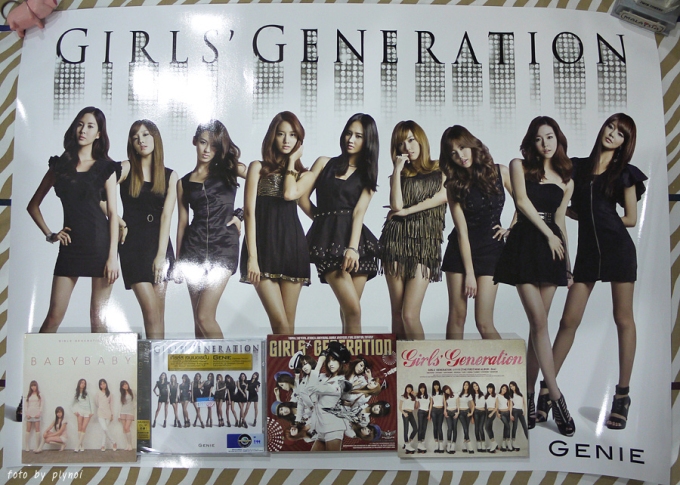 (Girl- and boybands are an important part of the economy in South Korea. Source: plynoi)

South Korean boy- and girlbands are also internationally successful. A general music- and dance-style concept is created and from this concept a look is agreed upon.  To acheive this look, the young band members go under the knife ever more frequently.

Pop music in South Korea is a major economic factor for the country.  In 2009 the industry earned 30 million dollars, and according to government statistics, this number doubled in 2010.  The most important market is the country itself, but Japan and the USA are also markets of interest.  Korea’s largest record label, S.M. Entertainment, currently tours around the world with different bands in a Global-Audition-Tour.

Girl- and boybands who present lavish choreography in large shows are typical for K-Pop – for example, the 13-member boyband Super Junior and Wondergirls.  As is usual in the international music market, the bands are cast, and the musical style and looks of the artists are decided by the record label.  Plastic surgery is generally accepted by South Korean society and is a standard in K-pop.  From this arise greatly deliberated and perfectly coordinated images.