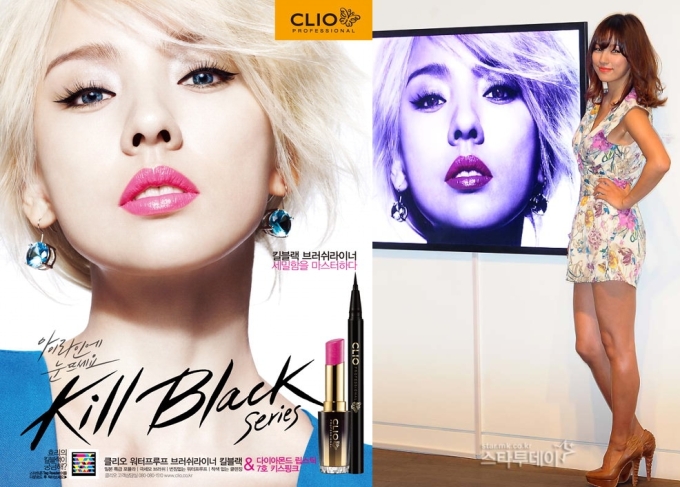 What comes to mind when you hear that Korean(?) cosmetic brand Clio (클리오) hosts a biennial Clio Cosmetic Art exhibition? That it sounds more like a brand tie-in than a genuine attempt to encourage original and thought-provoking art? The purist in me couldn’t agree more, especially when you consider that some works in the 4th (2009) and 5th (2011) exhibitions were not just inspired by, but use the very same photos as Clio’s own advertisements, prominently featuring brand endorsers Kim Ha Neul (김하늘) and Lee Hyori (이효리) respectively.

When its at the behest of the advertiser itself, arguably the ensuing pop-art loses its edginess.

But art doesn’t have to be radical to look good. What’s more, when you combine the images with the women themselves, then the juxtapositions are like an intellectual wet dream, the afterglow of which has had me buzzing for the last week.

For which are the more real? The flesh-and-blood women in the Insa Art Center (인사아트센터) in Seoul’s Insa-dong district? Or Ha Neul and Hyori the mass-produced visual commodities, with which we are much more familiar? 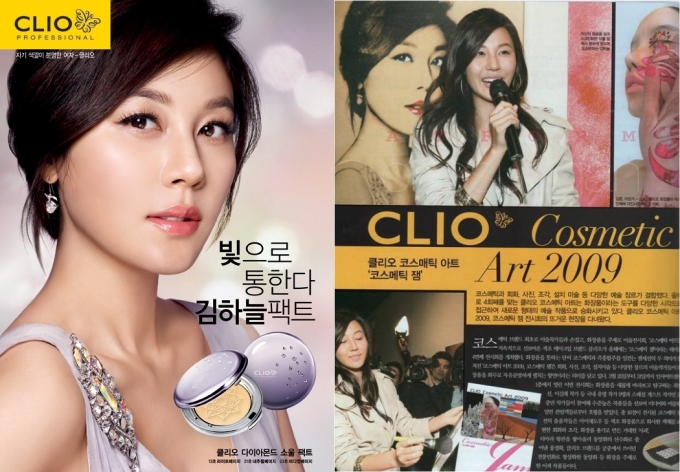 But although the pictures did indeed persuade me to take down my handful of books on hyperreality and postmodernism, yet again I rejected them as unnecessarily abstruse, even for a geek like me. Also, Lee Hyori in particular (I’m less familiar with Ha Neul) is actually so down-to-earth and accessible that arguments that she’s merely a media creation can’t be sustained, one positive of Korean celebrity culture that I’ll be discussing in a lengthy post soon.

Until then, let me just pass on the art itself here, hoping to inspire more aficionados amongst you.

First, see here for a brief English introduction to the 5th exhibition, then the following graphic about it for a quick snapshot. If there’s anything on it you particularly like, click on the graphic itself to go to the Clio website, then on the specific artwork on the graphic there to get a quick (Korean) bio of the artist.

To any K-pop fans, see if you guess where you’ve seen Mari Kim’s work before:

For many more large and/or high-definition pictures of the art and exhibition hall itself, see here, here, here, or here (beware the automatic music in the last one). My favorite work is easily The Magic (also known as Masic) by Park Dae Cho (박대조) below (the one using the same photo as a Clio advertisement), which you can see a zoomable version of here: 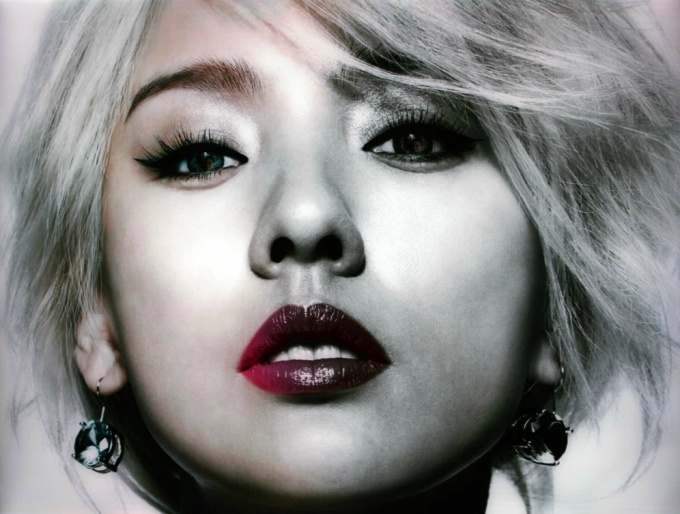 Note though, that it’s actually a color-changing transparency in a light box rather than a static image, like most of Park Dae Cho’s works (which you can see more of on his blog):

That video doesn’t really do justice to it though, as it must really have been quite mesmerizing when viewed close-up. For the best equivalent, click on the following image:

As for those of you that share my love of juxtapositions, alas, there seems to be a conspiracy of exhibition-goers to avoid taking decent pictures of Lee Hyori standing next to this particular artwork in particular, this one always cutting it in half for example, or this one being so much more interested in the contents of Lee Hyori’s dress that he ruined the contrast. But decent, albeit smaller and/or watermarked versions can be seen here, here, or on Park Dae Cho’s blog itself.

Meanwhile, if you haven’t guessed already, Mari Kim (blog; Facebook; Twitter), not to confused with (the also – quite literally – cool) Miru Kim, is the artist behind 2NE1’s (투애니원) I am the Best (내가 제일 잘 나가) album cover, and the Hate You music video: 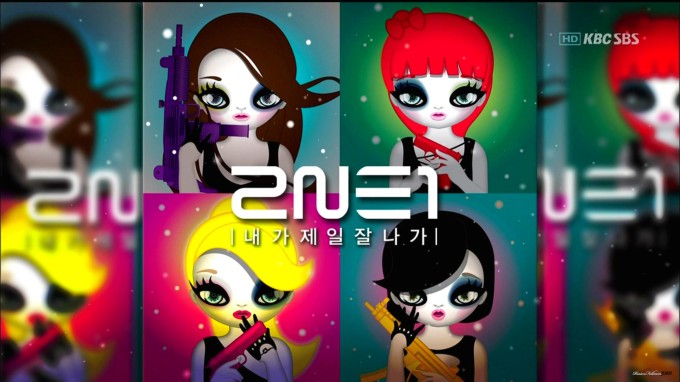 Finally, unfortunately there was much less interest in the 4th exhibition with Kim Ha Nuel, but Dramabeans does have a good English introduction to it,  and again Clio has a snapshot image, although without links to the artists this time:

What do you think? Please let me know, and I’d very much appreciate it if readers could pass on any more examples of interesting juxtapositions and/or celebrity-related Korean pop-art. I’d be especially interested in anything featuring men, as I’m curious if I’m only interested in the Clio exhibitions because they’re centered around two attractive women. I’m sure that’s not the only reason I like them (what do female readers think of them?), but probably it’s much more important than I’d like to admit!

Update – Sorry for forgetting to mention it in case you wanted to go, but unfortunately the 5th exhibition ended back in May. But see you at the 6th one in 2013! :D