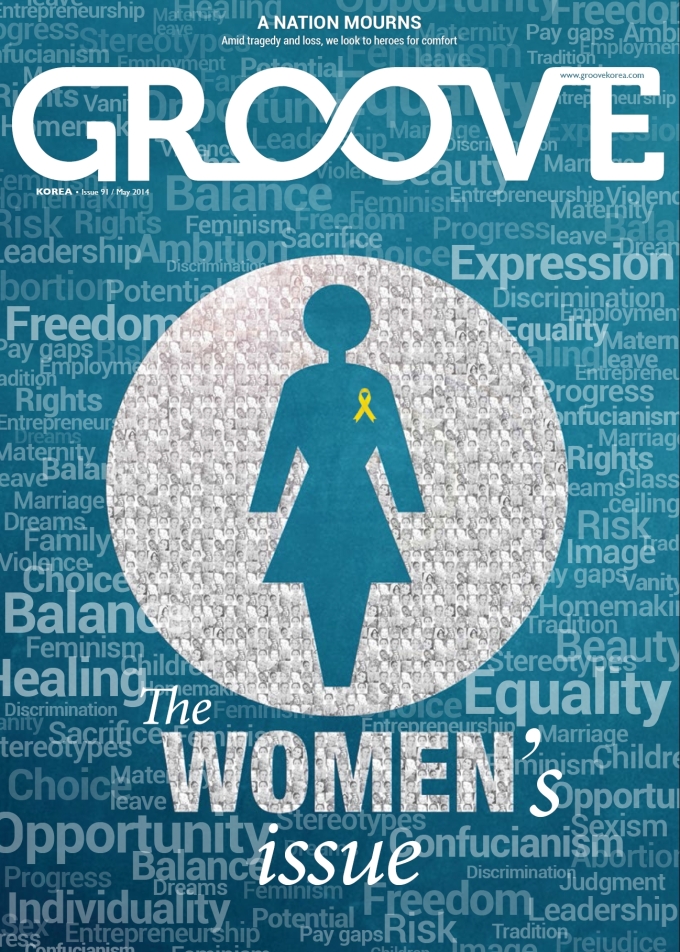 Sorry for the slow posting everyone: I recently had food-poisoning, some editing deadlines and my students’ end of semester exams are looming, and on my days off I’ve been on a mini-whirlwind tour of Korean universities giving presentations about body-image. But I hope to be posting again soon, and, until then, the latest issue of Groove Magazine will easily provide more than enough insights and new information to whet your appetites!

If you can’t get a physical copy, please click on the image above to read it at Issuu (a quick registration is required), or to download a PDF (click on “share” to get the link).

Update: I forgot to mention that I was interviewed for Annie Narae Lee’s article on page 58, but it may not appear online unfortunately. Also, I’m still too busy to listen myself, but Groove’s recent podcast on abortion in Korea sounds useful and interesting.

Okay…no, not really. They’re just a constant reminder of the curse of blogging about sexuality and popular culture. Thanks to them, “Consent is Sexy: SISTAR, slut-shaming, and sexual objectification in the Korean idol system” is literally my most viewed post—but also, per view, probably one of the least actually read.

You’d never think it took a month to research and write, and that I consider it one of my proudest blogging achievements.

Ironically for the frustration that causes now though, it too was born out of the frustration of two weeks of watching interviews of SISTAR members, naively hoping that they would reveal something about the extent to which they consented to—indeed, hopefully played an active role in choosing—the sexualized costumes, choreography, and so on provided by their management company. Instead, I was left with nothing more substantial than learning their favorite flavors of ice-creams, and a firm resolve never to watch any more of the crap that counts as most K-pop entertainment.

But finally, nearly a year later, I’ve just learned of two interviews where girl-group members were able to talk about their jobs like actual human beings.

The first, on the new show The Spokespeople (대변인들), where Rainbow’s Jisook, Stellar’s Gayoung, and Dal Shabet’s Subin, from roughly 8:00 to 26:00 (it’s—grr—unavailable in Korea; click here to overcome that) discussed their recent ‘sexy concepts.’ It’s a still a little frustrating in places, the MCs being “spokespeople” for the “weaker people who can’t speak out” apparently meaning that guests should shut up while the MCs speak for them instead, with poor Subin barely getting a chance to speak at all. But when they did, all three sounded quite genuine:

Next, as Asian Junkie put it:

Ex-TAHITI member Sarah Wolfgang (Hanhee) did an AMA on Reddit recently, where she answered questions on everything from a group member smelling like shit to eating disorders.

And you can read a breakdown of the interview there, including those eating disorders, her complete lack of input into her image, and the debts members are sometimes left with.

Finally, it’s not a recent interview, but The Learned Fangirl just did a review of Nine Muses of Star Empire (2012), which I also covered in last year’s post. While that documovie may sound dated by K-pop standards, it easily remains the most revealing look inside the industry, and I completely agree with the authors’ conclusion:

Interestingly, Billboard‘s Jeff Benjamin had a very different take than us on the documentary, calling it a film that would cause “k-pop haters [to] completely shift their paradigm.” We doubt that — instead it will make a manufactured music form seem manufactured. It’s a warts-and-all look behind the curtain of music industry, and is an unsentimental look at what it takes to create pop star fantasy.