When men are objectified, it’s often as a male-power fantasy, whereas women are usually objectified as passive objects of a cishet male gaze. Where do you think these ads for a Korean gym fit in? 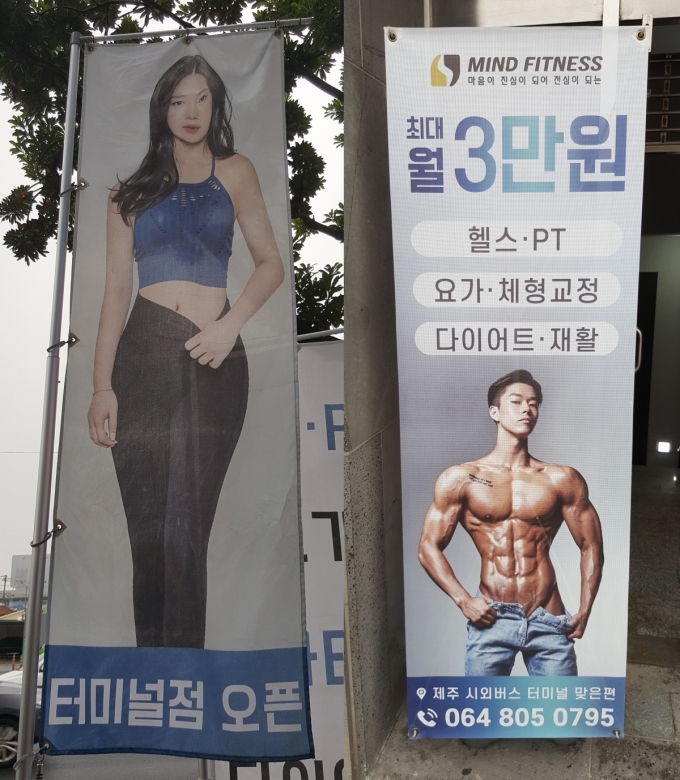 I stopped outside this Jeju City gym for the terribly photoshopped, giraffe-like figure of the man alone.

Then I noticed the banner of the woman behind me, presumably aimed at encouraging female customers to join. The contrast between his cockiness and her languid pose, seductively pulling down her leggings, immediately reminded me of this classic Shortpacked comic by David Willis: 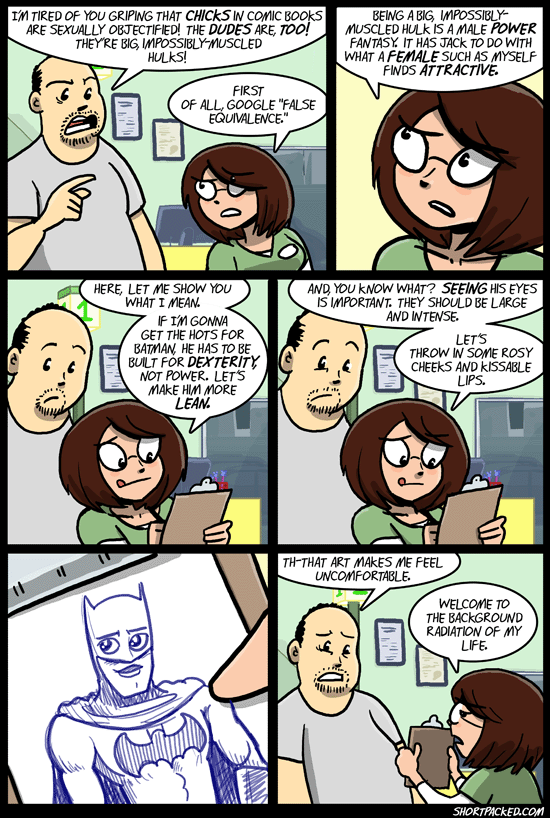 What do you think? Are these gym ads an example of false equivalence?

Technically, the guy is pulling his pants down too—which took me a long time to notice, because it feels less integral to the concept as added after the fact, unlike the woman who was instructed to pose seductively from the get-go.

Or am I just saying that because I’m a cishet guy, instinctively feeling competitive and so immediately drawn to his pecs? Whereas cishet women reading first noticed his open crotch?