I make a brief appearance in the Korea Herald today, in an article by John Power on the recent government crackdown on pornography. With his permission, here are all of his original questions and my replies, with some links for further reading:

In all my 12 years in Korea, ordinary Koreans have loudly and consistently complained of being treated like children by censors. But the censorship of movies has been considerably relaxed in recent years (recall that the Korean Supreme Court overturned a ban on Shortbus for instance), and even the Ministry of Gender Equality and Family has begun to acknowledge its own excesses with music videos. So this latest crackdown actually goes against recent trends, and I expect it to face a lot of opposition.

2. Often, censorship is justified to protect young people. Do you think there is a feasible way of protecting youth, while not controlling what adults wish to see?

Frankly I don’t, but this is a dilemma faced by every democracy. Most, however, don’t resort to the draconian restrictions imposed by the Korean government, yet somehow have equal or lower rates of sex crimes by and/or against minors nonetheless.

(“Because I’m a man / 남자기 때문에.” For English subtitles, click on “captions”)

3. A local site pornography site called Soranet had 600,000 subscribers before it was shut down in 2004, showing the widespread nature of its consumption. Do you think the government is fighting a losing battle in trying to ban such material?

If nothing else, banned sites will remain available via proxy servers, but I’m sure young, tech-savy Koreans won’t need to resort to using those. With the proviso that of course the government should continue to monitor the pornography industry as a whole, to prevent exploitation and the use of minors, you have to question the government’s zeal in attacking an otherwise victimless activity, and which there is clearly a huge demand for. Surely the time and resources could be better spent? Perhaps on more up-to-date and effective sex-education, so people could better judge the supposed harmful effects of pornography for themselves?

4. What do you think is the true motivation for censorship of adult content in Korea? Or, put another way, do you think there are sometimes hidden agendas at play?

As someone who notoriously devoted Seoul to God as mayor, and who believes that (re)criminalizing abortion is an effective method of raising the birth rate, clearly Lee Myung-bak’s conservative and religious beliefs are playing a big role here. That aside, blaming pornography for sex crimes, and censoring it on that basis, is also an easy way for the ruling party to appear to be doing something to address public concerns during its candidate’s presidential election campaign, yet without doing anything about their real causes whatsoever. 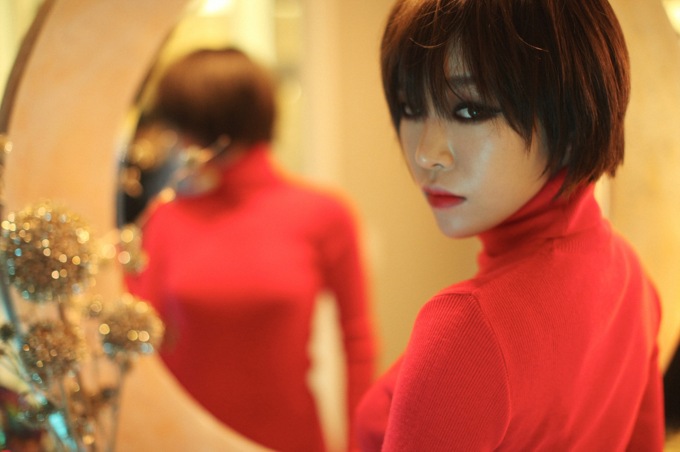 5. Do you think there are double standards at play in the how and what content is restricted?

If we’re talking specifically about pornography, then no. As for K-pop however, both fans’ widespread perceptions and the empirical evidence suggests that female entertainers are disproportionately censored, often for things that make entertainers are allowed to do scotfree. In particular, whenever female entertainers present themselves as sexual subjects rather than just objects for the male gaze, then the ironically-named Ministry of Gender Equality and Family can be expected to come down hard on them. A good recent case of this is the ban placed on Ga-in’s Bloom, a rare song about sexual awakening from a woman’s perspective, whereas the Ministry had no problem with the gratuitous skin shots in Hyuna’s Ice Cream.

What do you think?

7 thoughts on “The Korea Herald: Should pornography be censored?”