It’s a dirty job, publicly shaming yourself into finally writing about a subject that you’re passionate about and have been working on for years. But someone has to do it!

The MV for Touch by Anda, released in 2015, is as queer and objectifying as they come. Naturally, I fell in love at first sight, and just had to review it.

I’m not a woman though—neither a lesbian, a heterosexual, nor any other on the glorious spectrum. So, before I got started, I needed to hit the books. But no sweat, I reasoned. The concept of the male gaze has been around since 1975. It’s well-known enough that no-one who’s already woke has to explain it to another. Surely over forty years later, I thought, there would be just as extensive a literature on what women want? With helpful lists of clear criteria to guide even the most hapless of cishet male reviewers?

You can already guess the answers. But, absorbing what was out there proved addictive. And, as some of you may recall, I did eventually feel that I had enough of a handle on it to write a review.

Only to delete it in consternation as I realized the queer female gaze was a much broader, much more contentious subject than I’d first imagined. In fact, one requiring an epic series to do it justice. Humbled, I resolved to keep researching and gathering all the information that would be necessary, not putting pen to paper again until I was absolutely certain I’d covered all my bases. I duly created a second “Anda + Queer Female Gaze” folder on my Firefox toolbar, and set to work.

That was over two years ago.

That folder now has three hundred bookmarks in it, with thirty more bookmarks added today in the wake of the recent release of Portrait of a Lady on Fire.

All of a sudden, adding to that morass finally made me realize what a fool I’ve been. All this time, the effortless collecting and reading of articles has been an albatross around my neck, providing an easy out from the harder work of actually writing.

And, if I wasn’t going to start just as soon as I had that epiphany, then when? And if making such a public commitment wasn’t motivation enough to actually see it through too, then what would be? 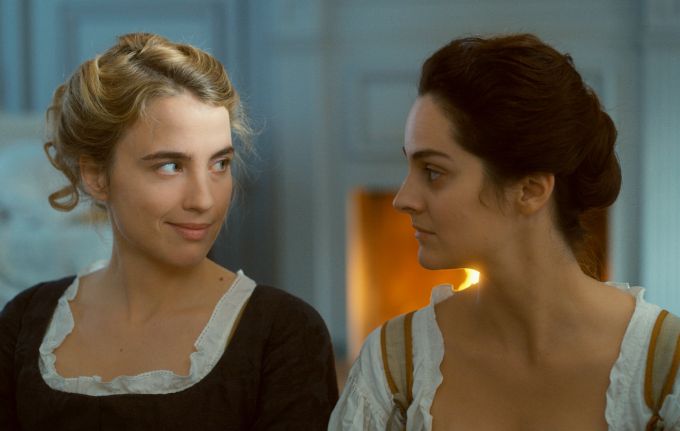 I admit, a strange post. But if it gets the job done. I also felt it would be more helpful to explain than just ghosting you until the 27th, chosen for when I’ll hopefully no longer be teaching from home.

Thank you very much for indulging me then, and I’ll be back here soon. And please stay safe!

Update 1, Monday, April 27: All completed, but it needs some ruthless editing after a good night’s sleep, so I’ve postponed publication until Wednesday. Sorry for the slight delay!

Update 2, Wednesday, April 29: Arrrgh! Sorry *again*, but real life has intervened in the form of sudden urgent editing projects from my boss, and my post still needs a *lot* more work than I thought it did on Monday.

TBH, I think it’s going to be controversial—I really want to challenge people’s assumptions about the male & female gazes—so I really want to make sure I get it right. Let me just call it for *next* Mon then, with my promise to do my best to make it worth the wait. Thanks!