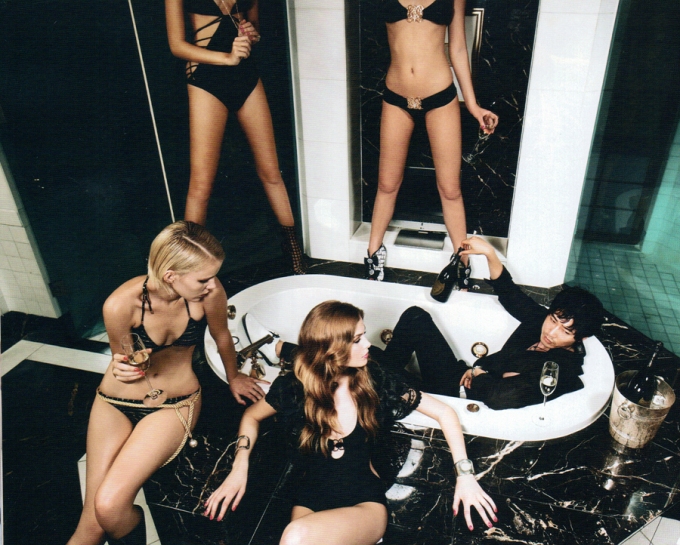 Apologies for the light posting and not responding to comments and emails, but my 50-hour weeks are having their toll. Fortunately, this is the last one, and as I type this I’ve just finished a long post that will be up by tomorrow.

Until then, let me quickly mention this post over at The Marmot’s Hole about a short video cum picture-documentary on the hypocrisy of the Korean media’s stereotypes of Western men as sexual predators and – to the extent that they’re portrayed at all – very negative and sexist images of the Korean women who enter into relationships with them, but at the same time readily (and increasingly) presenting images of Korean men with Western (read: Caucasian) women, albeit with the latter also usually portrayed in an similarly sexist and degrading fashion. To which I present as Exhibit A actor Kang Ji-Hwan’s (강지환) latest photoshoot for Esquire Korea above, which you can see more of here, and as Exhibit B this Somang Cosmetics advertisement below (source) with Ahn Jung-hwan (안정환) from 2003 that it instantly reminded me of, which I discuss a little here. Naturally, I’d be the last person to be offended by women in bikinis in particular, but still, there are alternatives to depicting Korean male-Caucasian female relationships with the latter as something other than mere trophy girlfriends. Yet I can only think of a handful of examples. 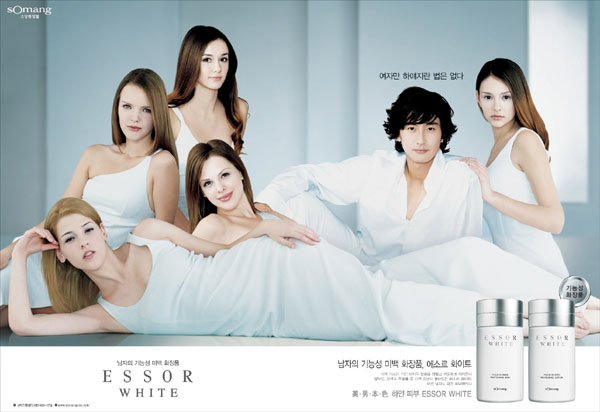 But being an understandably large and ongoing concern of the (overwhelmingly male-dominated) Korean blogosphere (see the links at the end of this post), then normally I choose to blog about other aspects of gender-relationships in Korea, but a) I confess that with this post I was *cough* glad to finally find an excuse to post the Esquire pictures sans lengthy analysis, and b) as the creator of the video took a dozen or so images from this blog to make it, then other readers may well find it interesting just for that reason. All the same, I link to the video rather than providing it here myself, as I’m more interested in the issues it raises rather than the video per se.  But if you are, then you can certainly depend on a lively discussion of it at The Marmot’s Hole.

With all due respect to the creator of the video though,  I would agree with critics there that: to a large extent it is preaching to the choir; it has a confusing message; the reference to the Virginia Tech massacre was completely unnecessary; and, above all, it needs to have Korean subtitles if it has to have any effect at all on most Koreans. But still, a picture does say a thousand words, and despite those handicaps it will probably get much more attention from them then this English-language blog has. Hmmm…

Update: A second, much better video has been made. See here for my post and many comments on it.