There’s just something about the Fuse Seoul underwear featured in this ad. Why do so many women want to get their hands on it?

One big reason is that despite appearances, the underwear is actually for women, produced by a company not shy about picking and choosing from features standard for menswear to offer women more comfortable options. As CEO Kim Su-jeong explained shortly after the company’s founding in October 2018:

“We will continue to use models of various body types and actively introduce the ‘clothing benefits’ that only men have enjoyed so far.”

…the company goes beyond just a style, reporting that they’ve been unable to meet the demand for their clothes with jacket inner pockets, hidden stretch banding, generous trouser pockets, and rise lengths appropriate for the wearer’s size, all features which are usually only found in menswear. 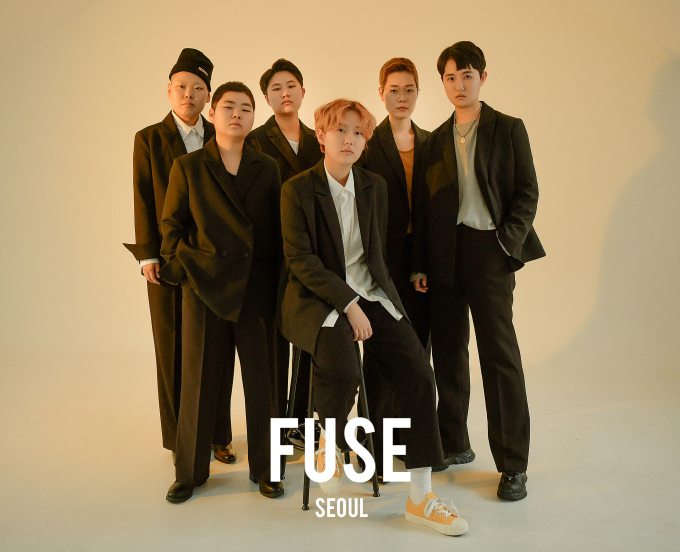 Further elaborating on her motivations in an interview in July 2020 (source, right):

“The size of womenswear has definitely been decreasing over the past five years. Previously, 27 inches was considered a medium size, but now 27 inches is considered a large. Different brands have different sizes too. As a womenswear designer, I wanted to know how and why the standards were constantly changing.

One day, I was wearing my brother’s clothes, and they were really comfortable. Most people with brothers will know how comfortable menswear is. From then on, I began to study menswear. Compared to womenswear, menswear shows little confusion or change in size. Even with different brands, the sizes and specifications are almost the same, so you can easily purchase what you need.”

Another reason is because they’re tired of the tropes surrounding the advertising of women’s underwear, which this ad completely upended:

Source: @Harang_0601, in response to a since deleted tweet that featured the images below:

Translation: “I can’t even think of the model as a woman, I thought this was an advertisement for men’s underwear…That just goes to show how much usual women’s underwear advertisements are shot for a male gaze, and how women are so used to that… Only tears remain.”

Translation: This the difference between gazing and being the subject of the gaze… One the left is a harmless and passive pose for the male-gaze, whereas the right model has a strong stare back at the viewer. What to make of the exposure of women’s bodies also varies greatly depending how the picture was taken and viewers’ points of view.

Translation: The aim with this Prince Gwanghae–themed pictorial was to go beyond simple mirroring by using a macho image, formerly considered exclusively for men, in a female photoshoot. But please note this wasn’t intended to be a critique of any specific vendor.

And on a woman becoming king: 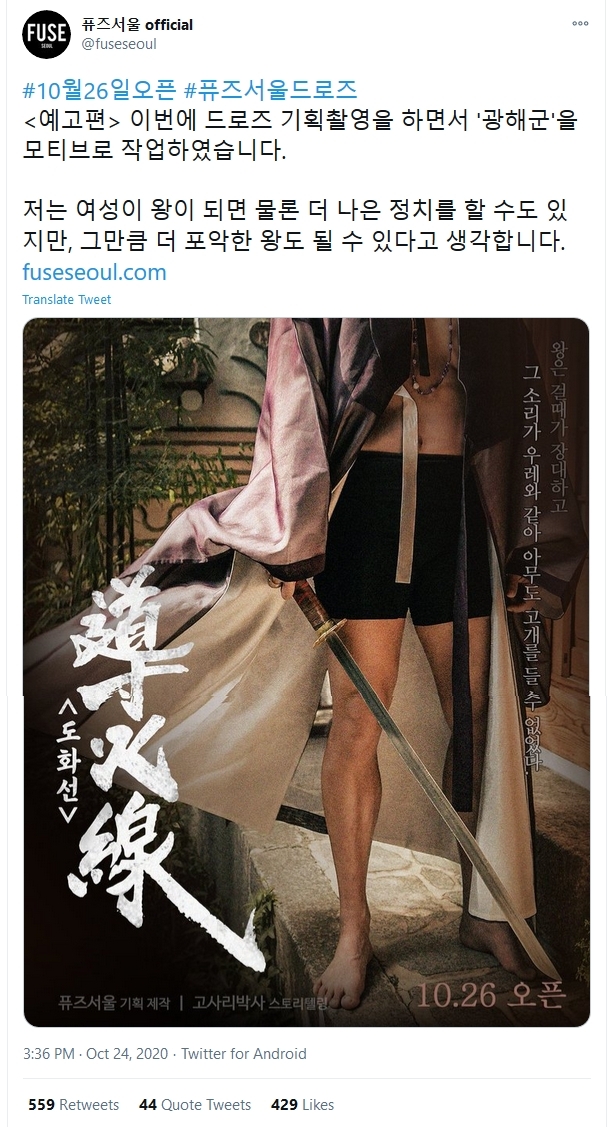 Translation: I think that when a woman becomes a king, she can not only become a more effective politician, but can also become a more vicious king.

In hindsight, it should have been obvious that another reason for the attention was that the model, dressed as male royalty and posed with all the confidence and machismo of a typical men’s underwear ad, is a woman herself, a crossfit trainer known as Shark Coach, a.k.a. Shark Lee and Lee Yun-ju (Instagram, Twitter, YouTube). Here’s a video of her preparing for the photoshoot:

And CEO Kim Su-jeong, who has a youtube channel of her own, on some of the elements that went into the shoot:

Yet throughout much of the research and writing of this piece, frankly I was completely mistaken about Shark Coach’s sex.

One reason is because Korean male celebrities were featured in ads for bras as long ago as the early-2010s. Albeit not so much wearing them, as promoting the idea that if women purchase a brand and style he endorses, “it might even be him who one day helps them take it off.” Another is that Korean men’s clothing company Uncoated, for one, uses a female model to model its underwear. So it wouldn’t be too much of a leap for a progressive women’s clothing company like Fuse Seoul to likewise reverse the sexes in its own ads.

That being said, more relevant are two biases behind my mistake. First, a benign one: due to underwear reviews by YouTuber Daisy, a late-20s Korean woman I’ve long subscribed to who covers everything from cosmetics to sex toys on her channel (In Korean, but she writes her own English and Japanese CC translations), I’ve become very persuaded that the distinctions between men’s and women’s underwear aren’t quite as distinct as those I grew up with. So, again, I wasn’t at all fazed to see a man model “women’s” underwear:

(But because it would be strange to include those reviews but nothing about the Fuse Seoul underwear, here is one I’ve been able to find.)

(And here’s Kim Su-jeong on why this underwear is such a big deal.)

I can’t in good conscience not also mention and highly-recommend “natural-size” model and YouTuber Cheedo a.k.a. Park Lee-sul too, who I’ve also long been a subscriber to (but who provides no English subtitles unfortunately). Despite rarely discussing underwear specifically, she has a lot to say about the escape the corset corset and no-bra movement, further convincing me of the changes to women’s fashions underway. Actually, you may recognize her from a BBC video about that:

But the main reason for my mistake, of course, is because I thought Shark Coach looked like a man.

I don’t doubt for a minute that many of you did too, and I don’t feel embarrassed about it. But on the other hand, just a few days ago Shark Coach herself complained on Youtube about being constantly misgendered. And it’s precisely such gender stereotyping and rushes to judgement that Fuse Seoul is encouraging people to avoid.

I will try. I’m glad to say too, that Fuze Seoul’s approach seems to be making some progress: for a time, this underwear was the most sought-after item of its kind on ZigZag, a Korean app for women’s clothing.

But what do you think of the ad? Will you buy the underwear, or any of their other gender-neutral clothes? How to address the many remaining double–standards (NSFW) in just the advertising of underwear alone?

Please let me know in the comments!

• How Slut-Shaming and Victim-Blaming Begin in Korean Schools

• Free The Nipple in Korea? Why Not? Uncovering the history of a taboo